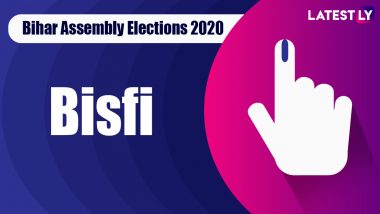 Polling for Bihar assembly elections was held in three phases on October 28, November 3 and November 7, followed by counting of votes on November 10. Elections in Bihar this year is one of the biggest elections globally during the COVID-19 pandemic.

The voting for the first phase was held on October 28 which covered 71 assembly constituencies, the second-phase voting on November 3 covered 94 seats. The third phase of voting on November 7 covered 78 assembly seats. In Bihar, the ruling NDA faced a challenge from the RJD-Congress alliance (JDU+BJP) and the Mahagathbandhan (RJD+Congress+Left). In the outgoing Bihar assembly, the RJD has 80 members while the JD (U) has 69. The BJP has 54 seats, Congress has 25, while the remaining seats in the 243-member assembly are held by other parties.

(The above story first appeared on LatestLY on Nov 15, 2020 05:04 PM IST. For more news and updates on politics, world, sports, entertainment and lifestyle, log on to our website latestly.com).