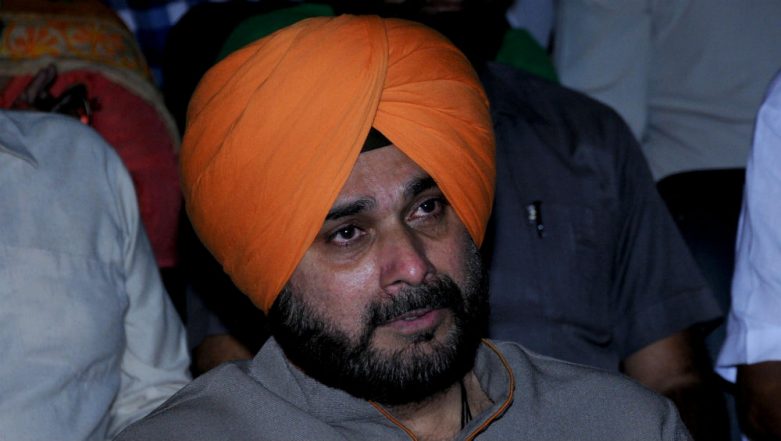 Chandigarh, May 13: Punjab minister and Congress's star poll campaigner Navjot Singh Sidhu has again injured his vocal cords because of "continuous speech" in election rallies. The cricketer-turned-politician has been put on anti-inflammatory injections and steroid medication by doctors for two days.

"Continuous speech has severely impacted his vocal cords to the extent that they bled at times," according to a statement issued by Sidhu's office. Sidhu addressed 80 rallies across the country in 28 days as part of the poll campaign for the Congress. Woman Hurls Chappal at Navjot Singh Sidhu at Public Meeting in Rohtak, Watch Video.

On Sunday morning, Sidhu consulted physicians here and they advised him two types of medication. "Either the balm coating over his damaged throat, which will require him not to speak for four days, or a severe measure of anti-inflammatory injections and steroid medication along with complete rest for 48 hours," the statement said.

The Congress leader went for the anti-inflammatory injections and steroid medication to take rest for two days while giving reason for taking injections that balm coating would have hampered his ability to speak for the next four days.

Sidhu is under medication and in process of a quick recovery to return to  campaigning from May 14, according to the statement. He will address public meetings in Patna Sahib, Bihar on May 14, Ponta Sahib, Bilaspur and Nalagarh, Himachal Pradesh on May 15, and Madhya Pradesh on May 16 and 17, completing his 32-days campaign.