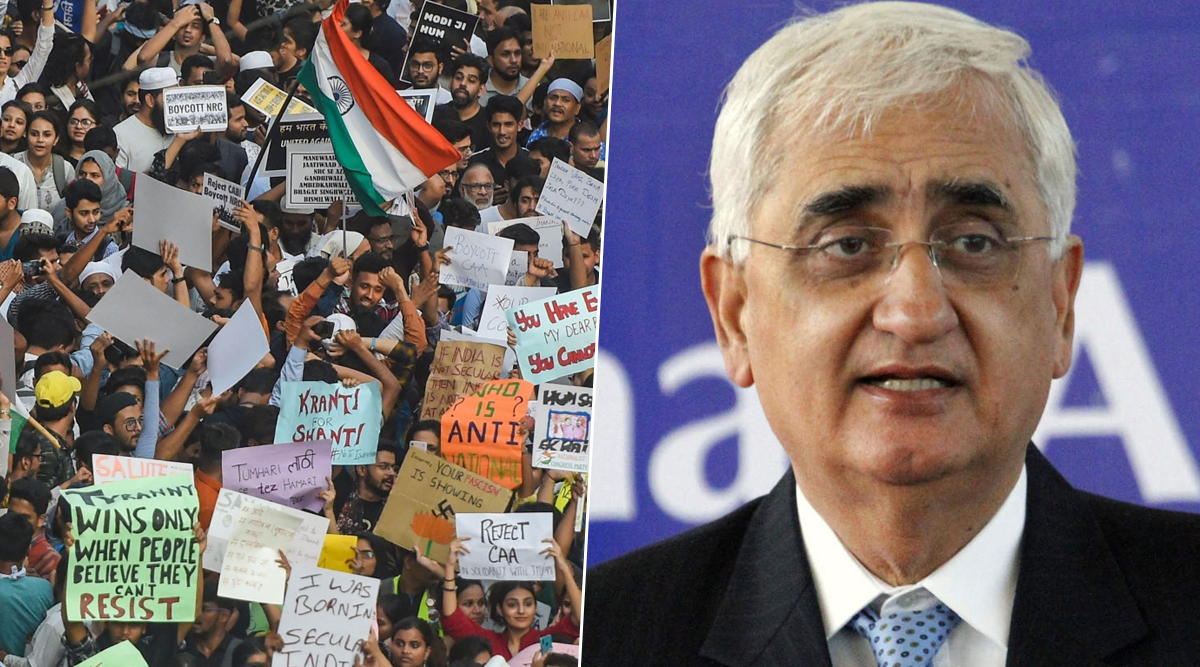 New Delhi, February 17: Senior Congress leader Salman Khurshid on Monday welcomed the Supreme Court's bid to appoint mediators for dialogue with Shaheen Bagh protesters. The former union minister said he has been favouring a dialogue between a delegation of the demonstrators and the Centre to end the stalemate. Both sides, he added, should be sensitive to each other's concerns.

"I have always been backing the option of dialogue between the protesters and the government. The Supreme Court has appointed two lawyers for this," Khurshid said, calling it a positive development. The apex court had earlier today appointed three persons to mediate between the two sides. Supreme Court Appoints Advocate Sanjay Hegde & Sadhana Ramachandran As Mediators to Talk to Protesters on Shifting Agitation to Another Venue.

Senior advocate Sanjay Hegde, advocate Sadhana Ramachandran and former chief Information commissioner Wajahat Habibullah were appointed by he court as mediators. The trio were asked to reach out to the Shaheen Bagh protesters and persuade them to move to an alternative site.

The top court bench, comprising of Justices KM Joseph and SK Kaul, were hearing a plea seeking the removal of Shaheen Bagh protesters from the site of demonstration. The protesters have blocked an arterial road connecting th Kalindi Kunj stretch of Shaheen Bagh with the Okhla underpass.

Due to the indefinite stir at Shaheen Bagh, the commuters in Delhi passing through the stretch are stuck in traffic jams lasting up to a couple of hours. The protesters so far appear to be relentless, stating that they would not call off the agitation until the Centre withdraws the Citizenship Amendment Act (CAA) and assure that a nationwide National Register of Citizens (NRC) exercise would not be carried out.