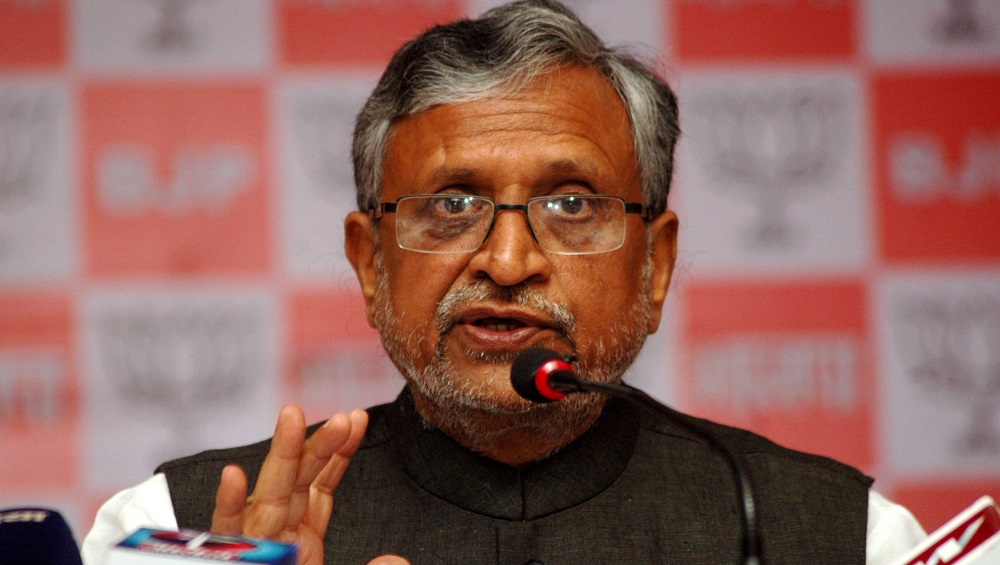 Patna, February 9: Bihar Deputy Chief Minister Sushil Kumar Modi on Sunday announced that Dadhichi Deh Dan Samiti (DDS), which works to spread awareness on organ donation, will give Rs one lakh to family members of those who will donate their body/organs. Modi is the chief patron of the DDS, a non-governmental organisation, whose aim is to motivate people on the importance of organ donation.

"The Odisha government has recently taken a decision to give Rs 5 lakh to the families of those who will donate their body or organs...We will also discuss the issue at the government level. "Till such a decision is taken by the state government, the DDS has decided to give Rs one lakh each to those families, whose member has donated either his body or his organs," Sushil Kumar Modi said. Bihar Deputy CM Sushil Kumar Modi Shown Black Flags by Upper Caste Activists.

He said this while addressing a meeting of the the DDS members here. The DDS chief patron made it clear that organs of an individual can be donated if the person is declared brain dead by a doctor trained and authorised for the job.

The state government will also honour institutions and people who are working to motivate people and their family members to donate their body and organs, he said.

The Indira Gandhi Institute of Medical Sciences (IGIMS) here is the only institute where doctors have been trained to declare a peron as "brain dead", the deputy chief minister said. Dctors of all the medical colleges of the state will be imparted training to make them eligible for declaring a person as brain dead, he said. Modi urged people to come forward to make a pledge to become an organ donour to give a "gift of life" to others even after their deaths.