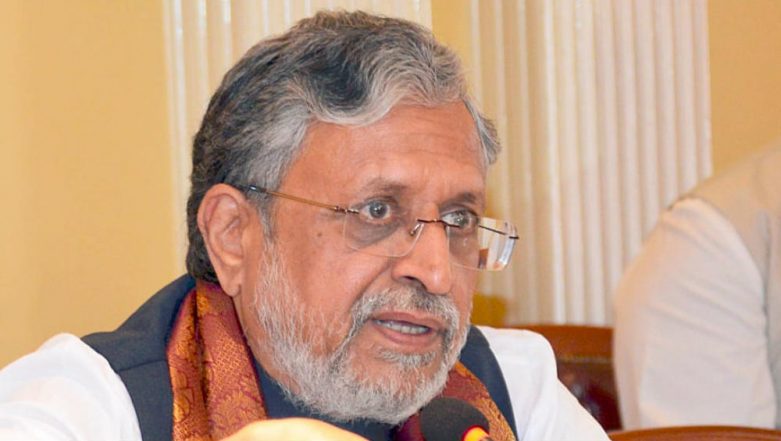 Patna, October 6: Activists belonging to upper caste groups on Saturday waved black flags at Bihar Deputy Chief Minister Sushil Kumar Modi and tried to blacken his face, as they protested the Centre's restoration of a stringent provision in a law that seeks to protect the lower castes from oppression. The incident happened in Sitamarhi district, where the Bharatiya Janata Party (BJP) leader had gone to attend party events. The protesters also shouted slogans against Prime Minister Narendra Modi and Bihar Chief Minister Nitish Kumar, and alleged that the BJP was acting against the interest of the upper castes, who had voted overwhelmingly for the party in the 2014 general election. Please Don't Commit Crimes During Pitru Paksha, Sushil Kumar Modi Appeals to Criminals With Folded Hands; Watch Video.

Several BJP leaders in the recent past have faced the wrath of upper castes in Bihar, who are angry after the Centre restored the provision of immediate arrest under the Scheduled Castes and Scheduled Tribes (Prevention of Atrocities) Act that had been removed by the March 20 Supreme Court verdict.