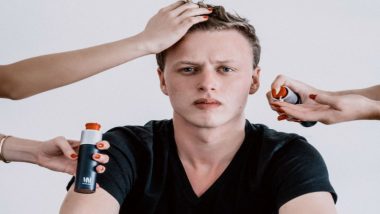 By now, if you’re familiar with the world of cryptocurrency, you’ve probably heard of Jeremy Gardner. By age 25, the young entrepreneur had made a name for himself in the crypto realm by disrupting the industry, starting several successful ventures and turning his tokens into millions. After dropping out of college twice, and wading into the worlds of politics and activism, Gardner stumbled into the crypto world in 2013. Intrigued by the empowering nature of what would become known as “blockchain technology,” Gardner founded the Blockchain Education Network, a nonprofit, before dropping out of school and cofounding Augur, a decentralized prediction market platform. He invested every penny he had into cryptoassets. His actions propelled his entrepreneurial career into the stratosphere, sending him on a viral ride that hasn’t slowed down since, successfully starting a social impact-focused investment fund, Ausum Ventures.

At 27, Gardner had what he calls a “skin revelation.” As Gardner settled into his job as a venture capitalist, he developed a growing concern for the poor quality of his skin— a consequence of his notoriously crazy lifestyle. After visiting several men’s skincare websites, the young crypto entrepreneur found himself overwhelmed by endless offerings and complicated, lengthy routines that, despite his best efforts, he could not manage to follow.

Sensing an opportunity, Gardner took it upon himself to find a solution. After spending months researching, speaking with doctors, chemists and dermatologists, he determined there was a gaping hole in the men’s skincare market. Despite the countless brands and products for skincare, Gardner saw a huge disconnect between the products available and the men they are intended for— 55% of whom don’t take care of their skin, beyond occasionally using a bar of soap. Resultantly, in true entrepreneurial fashion, MadeMan was born.

Over the past two years, with hundreds of thousands of dollars spent on research and development, Gardner has developed his MadeMan skincare line that bridges the gap for those looking for a smart, simple, and accessible skin solution. With help from award-winning dermatologist Dr. Loretta Ciraldo, Gardner is now on the cusp of debuting the MadeMan Re(Set), a package that takes every component of a proactive skincare regimen and packs them into two products— The Refresher, an all-in-one moisturizer, and The Resetter, a facial cleanser, which can be used as a shaving cream. For Gardner, the MadeMan brand is less about creating dozens of skincare products that are catered to men, but more about accommodating the lifestyle of a man on the go, who seek to invest in themselves. On that note, MadeMan has been incorporation as a public benefit corporation and is a pending B-Corp (due to the relative nascency of the company.) They have thus pledged a portion of all revenue to Defy Ventures, a nonprofit that teaches incarcerated men and women entrepreneurship— which, Gardner states, “Embodies the notion that it is never too late to be a ‘made man.’”

Though his skincare journey has taken him further than he could have imagined, Gardner and his team are now gearing up for the brand’s launch from their Beverly Hills “MadeMan Mansion,” in similar fashion to Gardner’s famed San Francisco and Miami Beach “Crypto Castles,” where he made his first millions in the world of Bitcoin. And if his skincare endeavor is anything like his crypto career, it’s safe to say MadeMan will knock it out of the park. Keep an eye out for updates as Gardner prepares for the unveiling of MadeMan by visiting their website or following their Instagram.