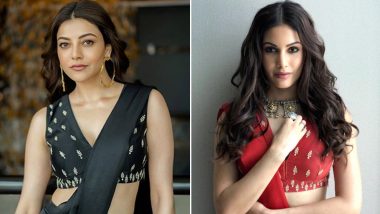 We know that the fashion riddled B-town relies heavily on their rising brigade of fashion stylists who in turn curate the looks with fashion designers in tow. Sometimes, inevitable moments like a shared style allows us a peek into diverse styling sensibilities. One such shared vibe was between actresses Amyra Dastur and Kajal Aggarwal. The ensemble in question was the contemporary festive draped gharara from the label Devnaagri's collection Ziba. While Kajal flaunted the ensemble first, back in August 2019 for a round of interviews and was styled by Shreeja Rajgopal, Amyra took to the title song launch for Prassthanam in this ensemble's red variant just within a few days and was styled by Meagan Concessio. Who wore it better?

Their individual sense of styles are distinct. Kajal Aggarwal, the reigning queen of Tollywood never fails to spark off varied vibes that range from ethnic and traditional to street style chic to trailblazing glamorous as the mood demands. Known for her minimal style, Amyra never flinches from experimenting with risque cuts, bold silhouettes and unusual hues. Here's a closer look at how they styled the gharara.

A black gharara was teamed with earrings by Kira, juttis by Fizzy Goblet, wavy hair and subtle glam. Yo or Hell No? Kajal Aggarwal's Six Yards of Pure Elegance. 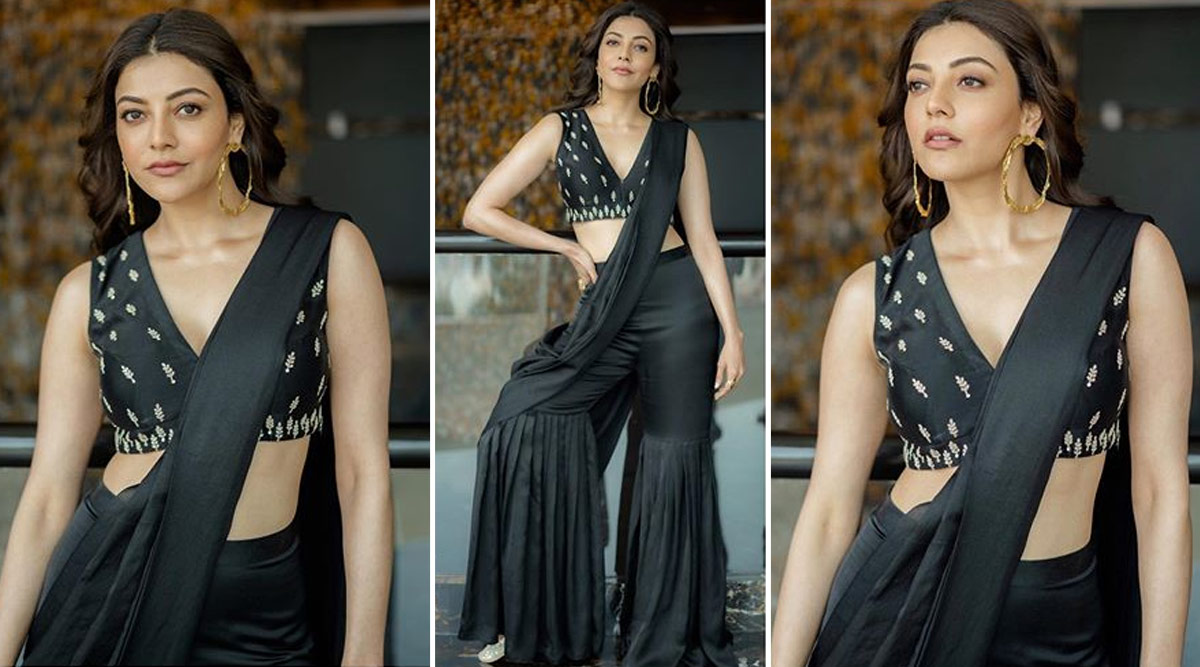 A red gharara was teamed with open-toed sandals, earrings,  rings from Moha by Geetanjali and necklace from Curio Cottage. Textured waves and a subtle glam of nude lips and intense eyes completed her look. When Amyra Dastur Fashioned Her Grandmother’s Gold Studs a La Vintage Charm to Her Resplendent Saree Vibe! 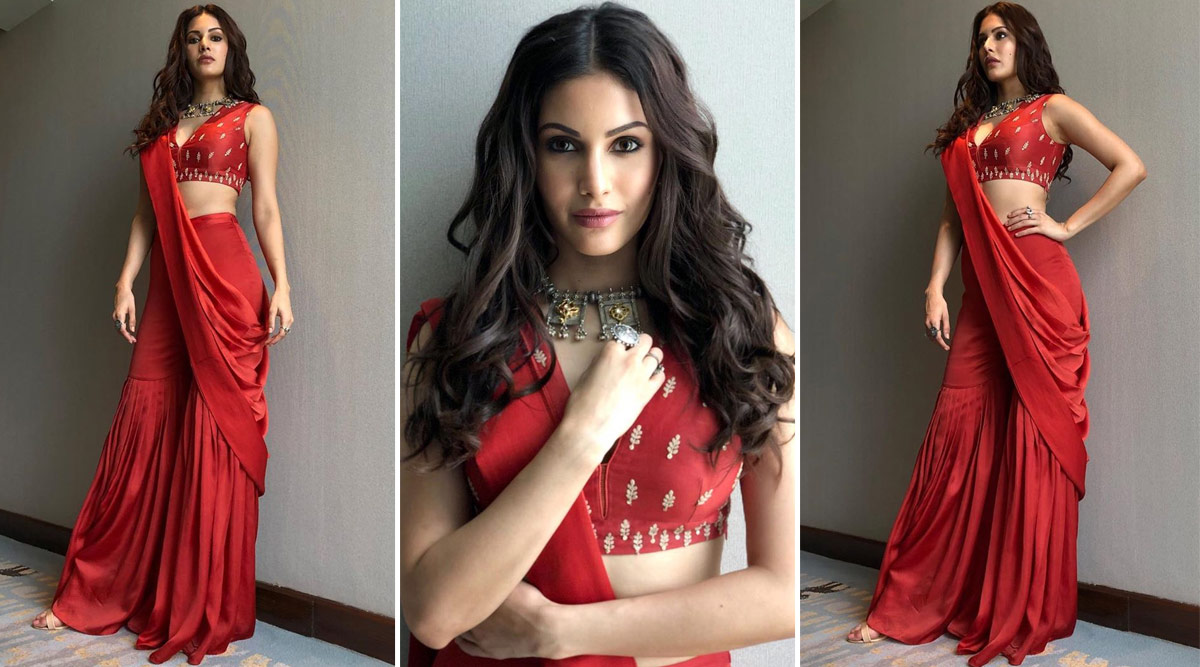 While Amyra schools us on teaming an oxidised silver set with the bold red hue, Kajal teamed hers with gold-toned earrings. Both looks, glamorous without a doubt are also minimal and festive chic. Fashion Face-Off: Ananya Panday or Alaya Furniturewalla? Who Got the Checkered Chicness on Fleek?

Celebrity fashion moments like these are inadvertent but a worthy lesson in how to keep it relevant and poignant. Which of these looks did you love the most? Do let us know by dropping in a comment. Until then,  stay tuned to LatestLY Lifestyle Fashion for more such snazzy wardrobe inspirations from the celebrity closets.

(The above story first appeared on LatestLY on Jun 30, 2020 07:28 PM IST. For more news and updates on politics, world, sports, entertainment and lifestyle, log on to our website latestly.com).