Priyanka Chopra Looks A Class Apart in White on the Red Carpet of NBA India Games 2019! 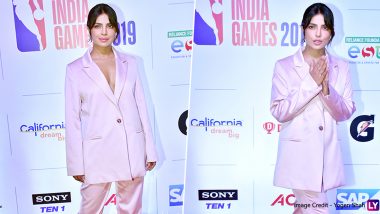 Time to forget IIFA, Filmfare and other larger than life red carpet events, as the time to witness something spectacular is here. Reportedly, Bollywood celebs Priyanka Chopra Jonas, Sonam Kapoor, Anand Ahuja, Rohan Shrestha, Esha Gupta and others, along with the players from Sacramento Kings and Indiana Pacers were said to grace the red carpet for the welcome reception of the first-ever NBA India Games 2019. While we were still waiting for the list of celebs to make a glamorous entry on the red carpet, it is Priyanka Chopra as an early bird who made us go "Wow!" Lilly Singh in India for Priyanka Chopra-Nick Jonas Wedding: Watch Videos of IISuperwomanII With the Lovebirds!

Looking gorgeous, Priyanka spelt classy in her tuxedo suit look. The best part about The Sky is Pink actress' getup was that she went shirtless underneath and flashed a bit of her cleavage, oozing sexiness to the t. Bosslady vibes! Another best part about PeeCee's #OOTN was it's bagginess. Further, to add that extra spark, our desi girl went for a pair of white heels. Priyanka Chopra Steps Into the Sports Arena, Gets Roped by NBA India as an Ambassador (Watch Video).

Have A Look At Priyanka's Look From The Night Below: 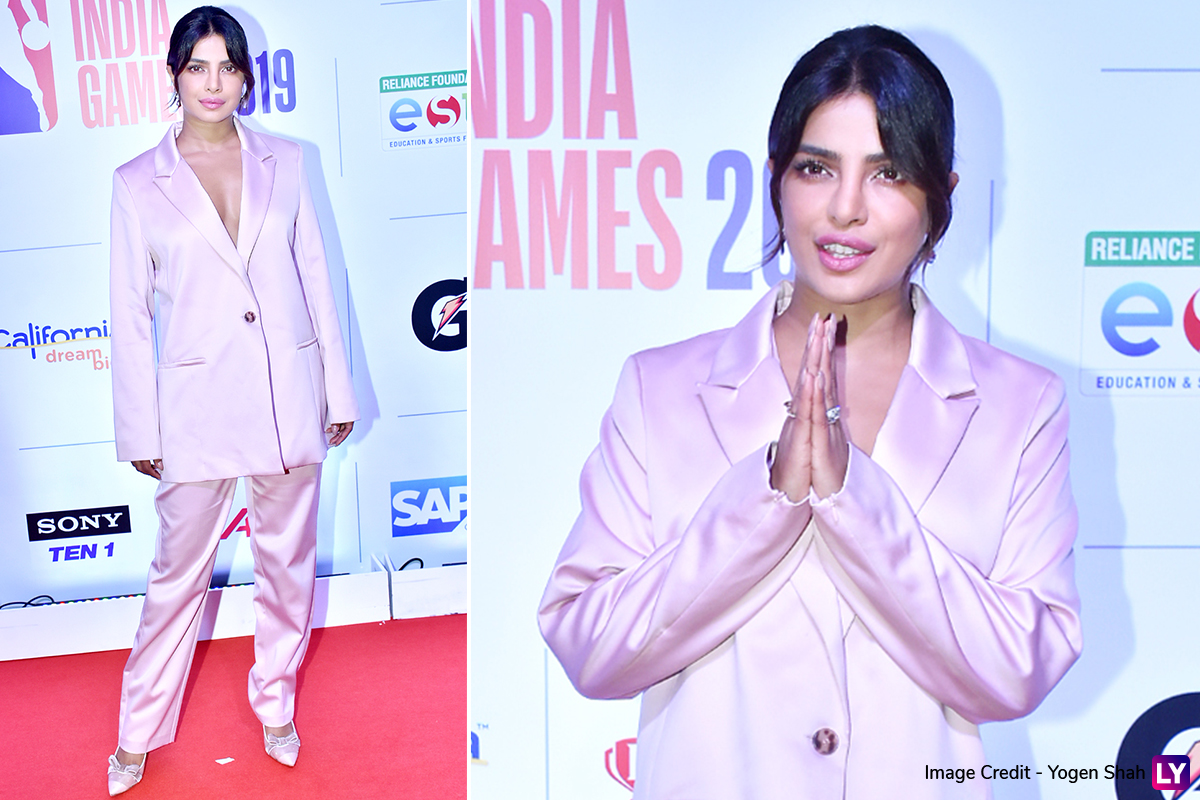 With subtle makeup, hair tied in a messy bun and a hint of light lip shade, PeeCee's makeup game was also quite strong. Kudos to the stylist here! 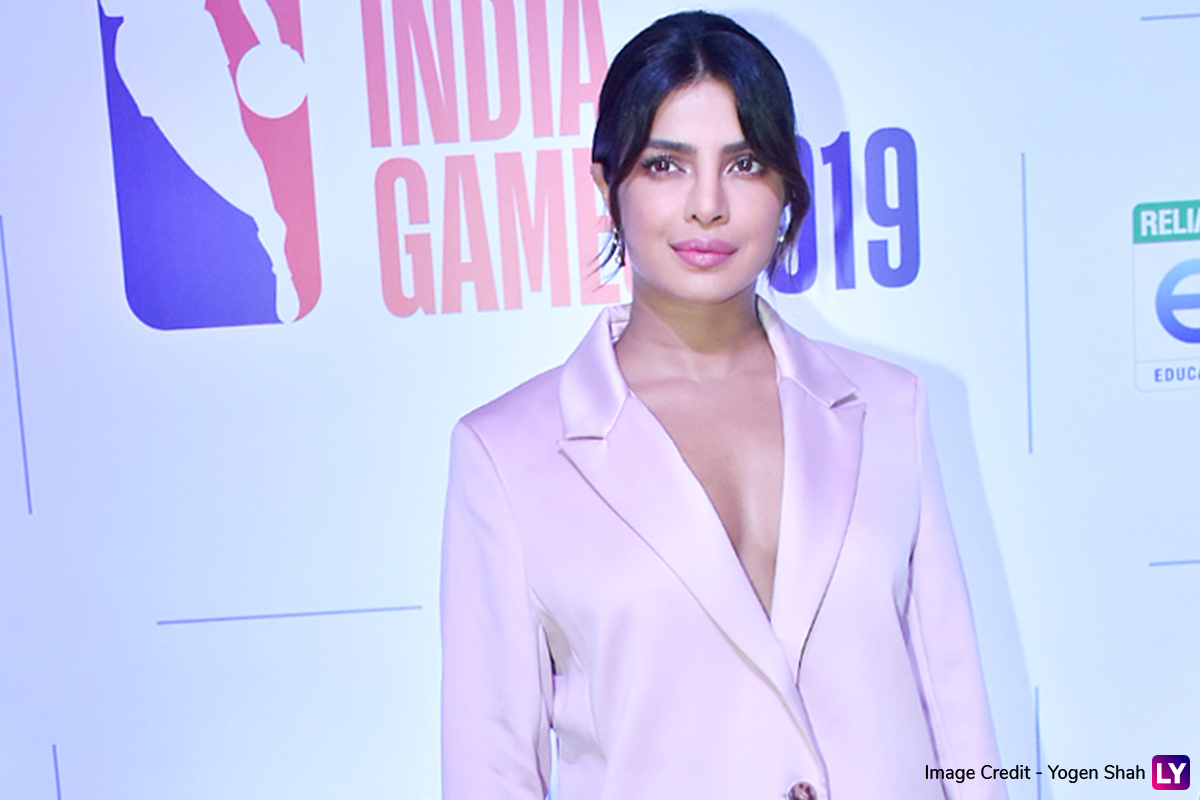 One of the main reasons Priyanka made her presence felt at the event was, because she is now the new face (brand ambassador) of NBA India Games 2019. On the professional front, PC will be soon seen opposite Farhan Akthar in The Sky is Pink. Stay tuned, stay stylish!

(The above story first appeared on LatestLY on Oct 03, 2019 09:56 PM IST. For more news and updates on politics, world, sports, entertainment and lifestyle, log on to our website latestly.com).