Huma Qureshi's style file for Maharani promotions was overall a charming affair. There were a few hit and miss attempts, yes, but the one that we are discussing today certainly found a place in the 'hit' category. 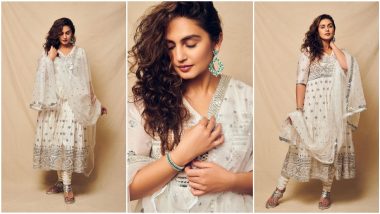 Huma Qureshi was busy promoting her next web series, Maharani these days and made some stunning appearances for its e-promotions. From a chic bodycon dress to a simple Anarkali suit and also a power dressing later, she probably picked all the dreamy designs while winning our hearts, one outfit at a time. There were a few hit and miss attempts by her but the one that we are discussing today certainly found a place in the 'hit' category.  Huma Qureshi Takes Her Fashion Game a Notch Higher During Maharani Promotions (View Pics).

Huma's team of stylists shared her pictures on their Instagram account while updating her fans about her fashion outing. It was a simple white Anarkali dress with silver embellishments all over it. The attire was designed by Gopi Vaid.  While she didn't add too much jewellery with it, she did pick a pair of statement emerald earrings and a bracelet to go with. She styled her hair in beach waves and had subtle makeup to go with. The look was radiant and Qureshi certainly made it look more glamorous. Yo or Hell No? Huma Qureshi's Printed Pantsuit for Maharani Promotions. 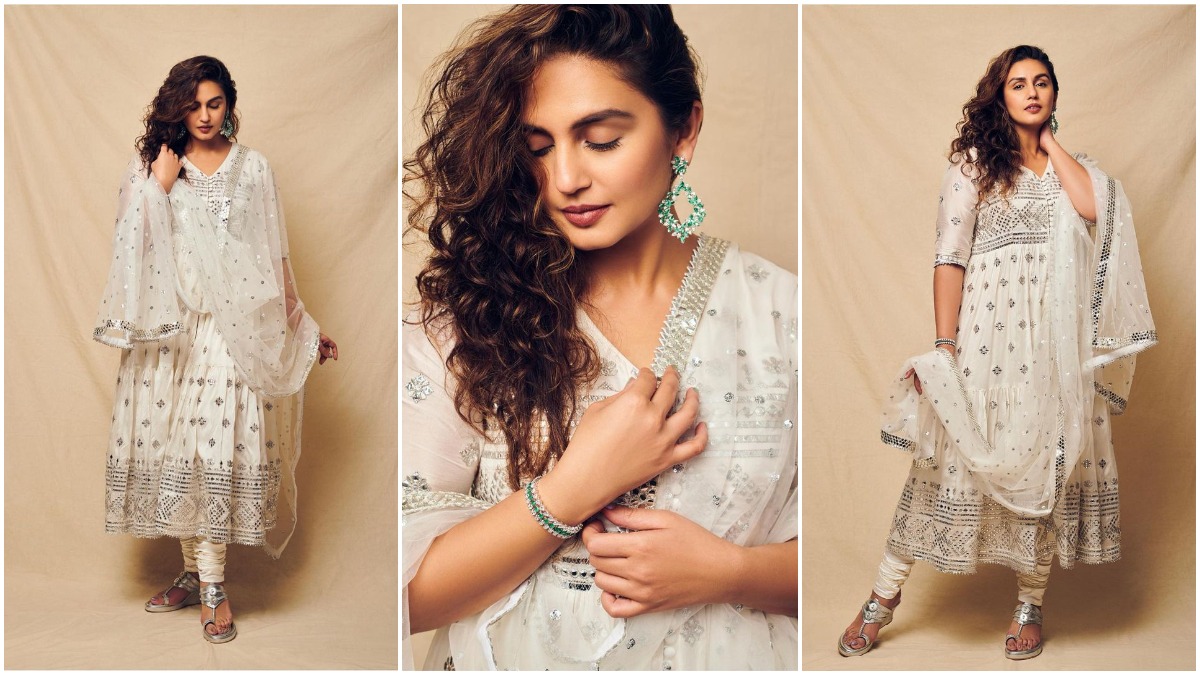 Huma recently saw two major releases back to back. After marking her Hollywood debut with Zack Snyder's Army of the Dead, she was next seen in Maharani, a political drama on Sony Liv. Her role was inspired by the former Chief Minister of Bihar, Rabri Devi who had to take the oath after her husband decided to step down and nominated her instead. Huma has been earning tons of praises for her role and we are looking forward to her next announcement.

(The above story first appeared on LatestLY on Jun 06, 2021 11:00 AM IST. For more news and updates on politics, world, sports, entertainment and lifestyle, log on to our website latestly.com).