Kabir fought to unite Hindus and Muslims in life. But in death, he became a bone of contention between the two communities. 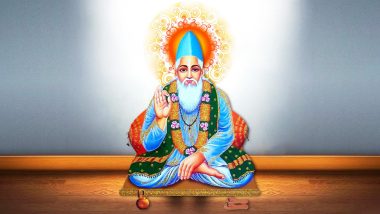 Whenever we talk about Kabir the first thing that comes to mind is the idea of mysticism and spirituality. Kabir Das' couplets (dohe) even after so many centuries are still quoted. His life and teachings is an inspiration for many. Kabir Panth, a Sant Mat sect is still carrying forwards the saint's legacy and practicing his teachings and ideas. Kabir's life was not an ordinary one. There are many versions about his life and death. June 28 marks his 500th death anniversary and is celebrated as Kabir Jayanti across the country. We list down five interesting facts associated with the extraordinary life of Sant Kabir.

Kabir’s name is derived from the Arabic word al-Kabīr which means ‘The Great’ – the 37th name of God in Islam. His identity is linked with both Hinduism and Islam. Hindus claim him to be a saint while the Muslims believe he was a Sufi. He is belied to be the adopted child of a Muslim weaver on Varanasi, his birth place.

Kabir Das is associated with the Bhakti Movement. The movement  was inspired by a total total surrender to God. It stood for the idea of non-possession. A devotee possesses nothing and nothing possesses him except the love for his god.The movement is extremely significant to both Hinduism and Sikhism.

Kabir Das' ideologies were greatly influenced by Vaishnava saint Swami Ramananda who accepted Kabir as his disciple. When Swami Ramananda died, Kabir was 13 years old. And like his guru he too referred to the Hindu god Rama as his lord.

Kabir's importance is not restricted to any particular religion. He is a saint for Hindus, his verses are quoted in the Guru Granth Sahib of the Sikhs and also invoked by the Muslims at his mazar in Uttar Pradesh

Kabir Das' death was controversial. Ironically, though he spent his life propagating love and harmony, people were divided over his death. Both Hindus and Muslims fought over claiming Kabir's body. while the Hindus wanted to cremate him as per their tradition, the Muslims wanted to bury him as per their rituals.

According to popular legend, after Kabir's death, when the shroud was removed from his body, there were only flowers and both the Hindu and Muslim community took them and performed the death rituals in their own ways. Kabir's poetry remains immortal and still inspires the world to live in peace and harmony.

(The above story first appeared on LatestLY on Jun 28, 2018 02:04 PM IST. For more news and updates on politics, world, sports, entertainment and lifestyle, log on to our website latestly.com).