Good Luck For Makar Sankranti 2020! 5 Things You MUST Do On The Harvest Festival to Avoid Bad Luck For The Rest of The Year 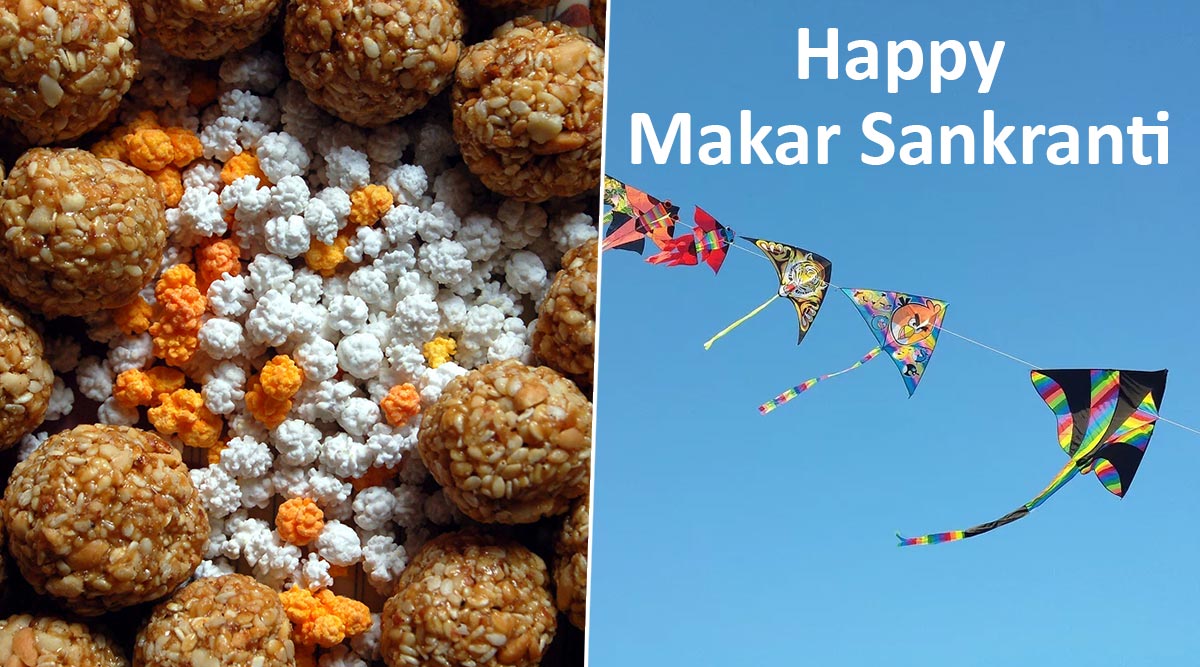 Happy Makar Sankranti! We wish you all a very prosperous year ahead that brings you immense good luck. Makar Sankranti, also known as Maghi or the Harvest festival of India, is one of the most auspicious times in the Hindu calendar. It is said that if you do good deeds on this day you will have a great year for yourself! While devotees pray the Sun God and take holy river water dips, the fun side of the day is about til-gud laddoos and kite flying! It is celebrated in the Paush Mas of the Hindu calendar and it is considered auspicious because as per the Hindu readings Sun enters the Capricorn sign and Uttarayan begins. The winter season ends and warmth begins to enter our lives. Wear Black on Makar Sankranti 2020 For Good Luck! Why Wearing Black Clothes Considered Auspicious on Uttarayan? Know More About the Traditions.

After Makar Sankranti, all the auspicious, holy and happy events begin to take place in Indian families like weddings and other ceremonies. Legends also believe that this Lord Surya visits his son Shani at his house, who is the lord of Shani Dev Capricorn, hence this festival is known as Makar Sankranti. On this day, chanting mantras for Lord Surya and charity hold immense importance. However, there are a few things you can do on Makar Sankranti to attract good vibes in your life. Let's take a look at some of them:

It is believed that the donation given on this day is multiplied. And you get more than what you give to the needy. Especially donating sesame and jaggery is considered auspicious on this day. People also donate khichdi ingredients and clothes.

Khichdi which is a mix of rice, pulses and chosen spices is considered very important on this day and is supposed to be eaten after you have donated early in the morning.

On this day, apart from donating black and white sesame seeds with jaggery, consuming the ingredients is considered lucky as well. You can make Til-Gul laddoos on this day. It is supposed to be the first thing you eat on Makar Sankranti.  Makar Sankranti 2020 Dishes: From the Til Gud Ladoo to Moong Dal Ki Khichdi, Traditional Recipes To Celebrate The Harvest Festival.

In North India, people take dips in the holy river on this day. It is considered auspicious to bathe in the holy water and offer prayers to Lord Sun.

One of the most fun elements about Makar Sankranti is flying kites and it is also considered, lucky to fly kites on the harvest festival. Many parts in Northen India people hold kite flying competition.

Makar Sankranti is celebrated with different names throughout the country. In Tamil Nadu, it is celebrated as a festival called Pongal while in Karnataka, Kerala and Andhra Pradesh it is called Sankranti. However, the names may be different, the feeling is all the same.