Independence Day 2020: From 1857 Revolt to Quit India Movement, Timeline of Major Events in The Freedom Struggle 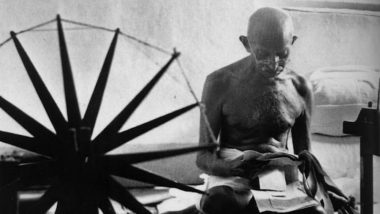 New Delhi, August 13: The nation, on Saturday, will unite to observe the 74th Independence Day. The patriotic event is passionately celebrated by all sections of the Indian society. Citizens cutting across their political, social and religious affiliations, pay homage to the founding fathers and their predecessors who struggled against the colonial regime. The day is apt to commemorate the freedom struggle, that roughly stretched from the 1857 revolt to the aftermath of Quit India Movement. Here's a brief timeline.

1857: The princely states of India rebelled against the East India Company for their oppressive policies. The revolt was triggered by the valour of soldier Mangal Pandey, who martyred in the first mutiny that jolted the occupying forces. President Ram Nath Kovind to Address Nation On Eve of Independence Day.

1885: Under the leadership of Allan Octavian Hume, a British civil servant who was sympathetic to the Indian cause, a political party called the Indian National Congress was formed. In the years to come, it emerged as the centrifugal body of the non-violent freedom struggle.

1905: The British regime under Viceroy Lord Curzon decided to partition the province of Bengal. The move led to widespread protest, and historians consider it as the single-most important event in turning the Congress from an intellectual think tank into a nationwide mass movement.

1919: The massacre at Jallianwala Bagh fuelled unprecedented anger against the British regime across the nation. The colonial forces had, on April 13 that year, shot to death around 1,000 unarmed people, including women and children.

1921: The non-cooperation movement, which posed the first existential crisis before the colonial British regime in India, was launched by Mahatma Gandhi this year. Despite widespread support, Gandhi had called off the agitation after the protesters indulged in violence and arson.

1929: Poorna Swaraj resolution was adopted by the Indian National Congress. The party, for the first-time ever, decided to withdraw the campaign for home-rule and seek "complete independence" from the Britishers. The resolution was enacted at the Lahore session of INC, called on December 19 that year.

1931: On March 23 this year, a sense of grief engulfed most parts of India, particularly Punjab, as Bhagat Singh was executed. The young socialist revolutionary was convicted in the assassination of British police officer John Saunders.

1939: World War 2 had begun and the British government sought the support of Indian National Congress. Unlike WW1, the leaders of Congress were not unanimously in favour of lending their weight behind the colonial regime in wake of the global crisis.

1942: After the Cripps Mission - which was intended to persuade the Congress leadership to support Britain in the face of war - failed, Mahatma Gandhi launched the Quit India Movement from August 9. The clarion call in the streets was "do or die".

1947: The immense pressure from Indian nationalists and economic fallout of the second world war are considered as reasons behind the British agreeing to cease their claim over the Indian territory. The two-nation theory was accepted, with Pakistan being carved out as a sovereign entity on August 14 and India being declared a free nation on August 15.

(The above story first appeared on LatestLY on Aug 14, 2020 12:04 AM IST. For more news and updates on politics, world, sports, entertainment and lifestyle, log on to our website latestly.com).