Sai Baba of Shirdi is a spiritual teacher who is regarded as a saint among the devotees. Saibaba's 101st Punyatithi events will begin from October 7. 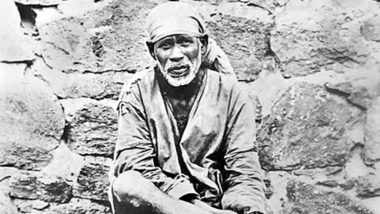 Sai Baba of Shirdi is a spiritual teacher who is regarded as a saint among the devotees. He is highly regarded by believers of both Hindu and Muslim community. During, as well as, after his lifetime, he has a huge following of devotees. Saibaba is revered as an incarnation of Sri Dattatreya and considered as Saguna Brahma. Every year on his death anniversary, Punyatithi, various functions and programmes are held at the Saibaba Temple in Shirdi, Maharashtra. The temple receives over millions of devotees from all over the world. Saibaba's 101st Punyatithi events will begin from October 7 (Monday) and last till October 10 (Thursday). And as the observance approaches, we bring to you Sai Bab Shri Punyatithi full schedule. Shirdi Sai Baba Bhajans: Shirdi Vaale Sai Baba And Other Bhakti Songs of Sai Ram.

Puja, bhajan and public Parayani (reading of devotional scriptures) will be held during this period. The celebrations also include processions with palanquin and chariots. On one of the four days, the Samadhi Mandir remains open during the night also. During the night there are qawalis and bhajans are sung. Different places in the village also hold various cultural programmes on these days. Saibaba is known for never discriminating his devotees on the basis of their social media status or religion. He welcomed all of them with open hands. He often played a significant role in stopping clashes between the two communities and thus promoting communal harmony.

Saibaba lived and preached in Shirdi and surrounding regions during the late 19th and early 20th century. He took samadhi on Oct 15, 1918. The Shri Saibaba Sansthan Trust manages the celebrations and responsibilities of the temple. Popular artistes often lead the bhajans, kirtans, devotional and other dance performances on the day.

(The above story first appeared on LatestLY on Oct 01, 2019 05:07 PM IST. For more news and updates on politics, world, sports, entertainment and lifestyle, log on to our website latestly.com).