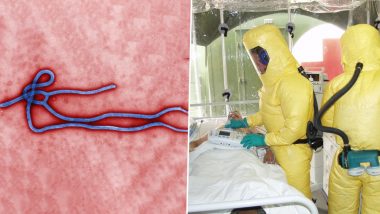 Everything you want to know about Ebola (Photo Credits: Maxpixel and Pixabay)

Last week WHO declared Ebola outbreak in Congo, a global health emergency after the virus spread this week to a city of two million people. First Ebola case was confirmed in Goma, a major regional crossroads in northeastern Congo on the Rwandan border with an international airport and after which a stress wave is running in the state. Since August almost 1,600 people have died in the second-deadliest Ebola outbreak in history. Finally making Ebola a global health emergency will help bring international attention to the health issue. Tedros Adhanom Ghebreyesus, Director-General of the World Health Organization took to Twitter to say, "A public health emergency of international concern is not for fundraising, it’s for preventing the spread of disease. @WHO is not aware of any donor that has withheld funding because the emergency had not been declared. But if that was the excuse, it can no longer be used." Read more: Ebola 2019: WHO Declares International Emergency After Ebola Virus Disease (EVD) Outbreak in DR Congo.

Today the @WHO Emergency Committee recommended that I declare the #Ebola outbreak in #DRC a public health emergency of international concern. I have accepted that advice. Now it's time for the international community to show solidarity with the people of DRC, not to isolate them.

The major concern about the disease is the lack of awareness about the viral infection as not understanding the disease only adds to the burden. Let's discuss Ebola, its causes, treatment, vaccines and prevention tips. Ebola Outbreak in DR Congo Declared a Global Health Emergency.

Ebola virus disease (EVD), also known as Ebola hemorrhagic fever (EHF) or simply Ebola, is a viral hemorrhagic fever of humans caused by ebolaviruses. The rare and deadly disease, Ebola has its viruses mainly located in sub-Saharan Africa. People can get EVD through direct contact with an infected animal or a sick or dead person infected with the Ebola virus. Bat or nonhuman primate can also become the source of the Ebola virus.  Ebola Scare: Deadly Virus Spreads to Uganda From DR Congo.

The virus may spread in the blood, body fluids or organs of a person or animal with the infection directly touching the body of someone with the infection and since the virus can survive for several days outside the body, the risk is even more. Ebola Outbreak In Congo: 3 New Deaths As The Country Faces Its 10th Outbreak.

The symptoms of Ebola aren't noticeable immediately after being infected by the virus and it may take anywhere between 2 and 21 days for the symptoms to be apparent after becoming infected. Symptoms are quite similar to the flu. On another note, just the week before, researchers discovered a new species of Ebola virus known as the Bombali Ebola Virus.

Here are some of the Ebola signs and symptoms you must watch out for:

Unfortunately, there is no antiviral drug licensed by the U.S. Food and Drug Administration (FDA) that can help treat Ebola Virus Disease (EVD). However, the symptoms of Ebola Virus Disease (EVD) are treated, and early intervention by medical experts is essential that can lead to early diagnosis and better treatment. Nipah Virus Can Be Beaten By the Drug Used to Treat Ebola: Reports.

Here are some of the treatment methods for Ebola symptoms, as per the CDC:

There is still no approved Ebola vaccines for clinical use in humans. Vaccines For Ebola Can Now Protect Us From The Deadly Disease?

It is always better to follow the prevention tips if you live or are travelling to areas that are prone to Ebola.

The Story of Ebola [Watch Video]:

This is the second-largest Ebola outbreak, the first being the 2014-15 outbreak that majorly affected three countries in West Africa: Guinea, Liberia and Sierra Leone. Over 28k cases and more than 11k deaths were reported by the World Health Organization making it the most significant known outbreak of Ebola.

(The above story first appeared on LatestLY on Jul 18, 2019 12:15 PM IST. For more news and updates on politics, world, sports, entertainment and lifestyle, log on to our website latestly.com).