H5N1 Bird Flu Outbreak Reported in China Amidst the Coronavirus Crisis; From Symptoms to Risks, Everything You Want to Know About Avian Flu 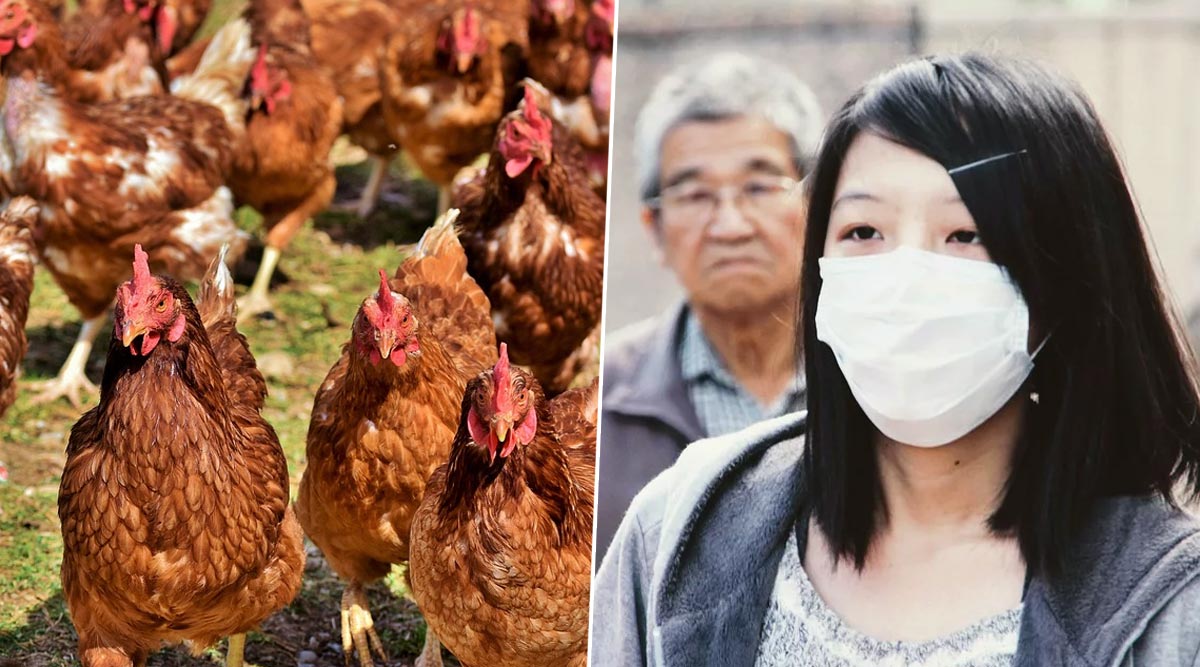 Everything you want to know about H5N1 symptoms (Photo Credits: Pixabay) Image Used For representational purposes only.

Amidst China struggling with one of its worst health crisis, coronavirus, another outbreak of a highly pathogenic strain of H5N1 bird flu has been reported. A farm in Shaoyang city of the southern province of Hunan has been hit by the influenza virus according to the Ministry of Agriculture and Rural Affairs. Since the outbreak, the authorities have culled about 17,828 poultry, with an intention of slowing down the flu outbreak. A farm with 7,850 chickens, 4,500 were found dead of bird flu. The "highly pathogenic H5N1 strain of bird flu" in Hunan Province comes in right when the neighbouring province of Hubei is hit by the fatal coronavirus, the death toll of which has crossed 300. The H5N1 type of bird flu virus, although originated from among the poultry by is known to infect humans and exhibit serious symptoms. Let's discuss more H5N1 Bird Flu. Coronavirus Outbreak in China: Air India’s 2nd Flight Lands at Delhi Airport With 323 Indians From Virus-Hit Wuhan.

Colloquially known as Bird Flu, the avian influenza is caused by H5N1 virus that is an influenza virus, known to be highly infectious and cause severe respiratory disease in birds. However, it isn't restricted to just birds and can occur to humans as well, although the chances are rare but with severe consequences. Thankfully it is difficult for humans to transmit the infection amongst each other. But the mortality rate in humans is about 60 percent, according to WHO. Coronavirus Outbreak in China: Death Toll Rises to 304, Second Air India Special Flight Carrying 323 Indian Passengers Departs From Wuhan City.

How Does H5N1 Bird Flu Spread?

The chances of H5N1 bird flu spreading from humans to humans is very less. In fact, according to WHO, almost all cases of H5N1 infection in people have been associated with close contact with infected live or dead birds, or H5N1-contaminated environments. Therefore if you are in an area that is affected by the H5N1 virus, you must be away from the birds. There is no evidence that the disease can be spread to people through properly prepared and thoroughly cooked food.

H5N1 infection in humans can cause severe disease and has a high mortality rate. If the H5N1 virus were to change and become easily transmissible from person to person while retaining its capacity to cause severe disease, the consequences for public health could be very serious, according to WHO.

The disease carries a high mortality in humans. However, when it comes to treatment the key is early diagnosis. Some antiviral drugs may work wonder  However, the medication must be taken within 48 hours after symptoms first appear. Therefore, it is important that the simplest of fever must not be ignored.