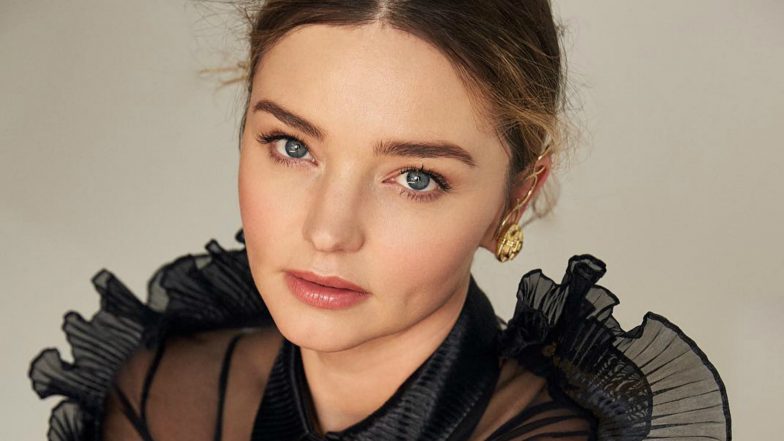 London, May 5: Model Miranda Kerr is constantly snacking to keep morning sickness at bay in her third pregnancy. She told Britain's Grazia magazine: "I've had morning sickness with all of them, With Flynn, I had it, with Hart I had it, and now I have it again. Hopefully, it will dissipate. It helps when I'm constantly snacking. Snapchat CEO Evan Spiegel and Miranda Kerr Expecting Second Child Together 10 Months After Giving Birth to Son.

"I've just had a ginger apple shot. Ginger tea helps. Fresh ginger and hot water with a little honey and lemon." Kerr, the KORA Organics founder, has no idea if she ever experiences a "pregnancy glow" but does not think she has many skin problems when she's expecting, reports femalefirst.co.uk.

She said: "I've heard of the pregnancy glow, but I don't really look in the mirror much so I don't really notice. I don't really have time. Who has time to sit there and... My skin is pretty consistent, luckily, but then I'm really consistent with my routine." Kerr and her husband Evan Spiegel announced last month they were expecting another baby.