New Laws on Mental Health in India: Everything You Want to Know About It 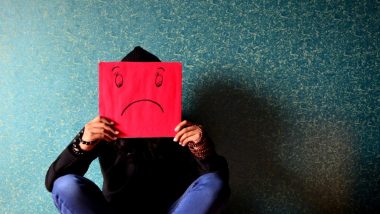 In the year 2016, the parliament passed the Mental Health Care Bill which aimed to seek better healthcare facilities, laid down the rules and rights of persons having any kind of mental illnesses in India. This bill is better and has a more comprehensive take towards mental illness and has now replaced the older Act which came into existence in the year 1987.

In a country like India, where about 1 in every 10 people is reportedly receiving treatment for mental illnesses and so many others are still in the need of such treatment, such a bill is much needed. The Mental Health Care Act, 2017 has come into effect from May 30, 2018, and carries some vital changes in the way we see and treat people with mental illness:

Here are the changes made in the Mental Health Act 1987:

1. The Mental Healthcare Act 2017 decriminalises the attempt to commit suicide. It will also make sure that ones who have attempted suicide are offered opportunities to rehabilitate by the government.

2. This act seeks to provide access to affordable health care for everyone. It says, 'Every person shall have a right to access mental health care and treatment from mental health services run or funded by the appropriate Government.'

3. The Act seeks to restrict the usage of Electroconvulsive therapy (ECT)/ Shock treatment, muscle relaxants, anaesthesia and completely them banned for kids. Further, sterilising patients or any kind of abuse like chaining or any in any other cruel way is barred.

4. The 2017 Act seeks to allow people with mental illness to make decisions regarding their health and procedures they want to opt for, provided they have the appropriate knowledge to do so. They might even opt for representatives who can make decisions for them.

5. The Act aims to provide equal rights to people suffering from mental illness in terms of access to healthcare and treatment. Moreover, insurers must make provisions for medical insurance for the treatment of mental illness equal to that of physical ailments.

6. The act also outlines the responsibilities of other agencies such as the police. The act vouches to help deal with the stigma attached to mental illness as well while outlining a few measures to help achieve them.

7. The act seeks to provide the right to confidentiality to the people suffering from mental illness, which means, such a person will not have to share the details of the illness or treatment to anyone, even to the doctors up to some extent. Media too doesn't have the right to post anything without their consent.

7. Right to live in a community without any discrimination is another right that this act seeks to provide the people with mental illness with. The government may even take legal action against the offenders.

Another right laid down by the act that empowers motherhood is the right of a mother under the supervision of a mental health care institution cannot be parted from her child who is less than three years old unless the severity of her condition poses a threat to the child's life or health. Do you think there's room for further reforms? Let us know in the comment section below.

(The above story first appeared on LatestLY on Jul 10, 2018 12:52 AM IST. For more news and updates on politics, world, sports, entertainment and lifestyle, log on to our website latestly.com).