How Insyde Went From Viral TikTok Musician To Esports Manager 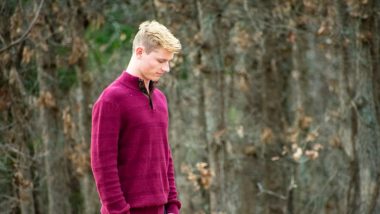 The industries of entertainment and esports have slowly been becoming more and more intertwined with one another, with many rappers and musicians signing to esports organizations and making exclusive appearances on gaming streams. Lil Yachty signed to FaZe, Drake appeared on popular Twitch streamer Ninja’s stream, setting the record for most concurrent viewers for any live event, countless rappers such as Offset and Logic have been getting exclusive streaming contracts from streaming platforms. Heck, even Snoop Dogg started his own esports league.

While we could not get a hold of Snoop Dogg or Lil Yachty (for obvious reasons), we caught up with Stephen Emrich, known as Insyde (@lnsyde on Twitter), a musician and TikTok star, who is also the general manager of esports organization Azuric (@AzuricGG on Twitter). We asked him about his opinions on the increasing relationship between gamers and musicians. “Gaming is becoming more and more prevalent, to the point that many gamers are avid music enthusiasts, and vice versa. Musicians typically have huge followings, so it makes sense that large organizations like FaZe would sign someone like Lil Yachty, and on a much smaller scale, Azuric signing me.”

Gaming has definitely evolved over the past decade, with equipment and general sentiment towards games improving fast. Mobile gaming became more and more common in the 2010s, when mobile devices became more and more capable. In 2015, there were an estimated 1.9 billion people who regularly played video games. Just 5 years later in 2020, there were an estimated 3 billion gamers across the globe. With this general trend of increasing numbers of video gamers, the audiences of entertainment and esports are increasingly overlapping in terms of audience.

As Insyde explained it: “10 years ago not many people had good gaming rigs, most played on laggy consoles with subpar graphics. But as time goes on, more and more people have been investing more and more into better gaming experiences, prices are going down for better equipment, and it is just becoming more and more mainstream. You are no longer considered a ‘nerd’ if you have more than one monitor like you would have been 10 years ago.”

Insyde’s story of how he got into the esports community is an interesting one. He met Serpent (@ItsSerpent on Twitter), the owner of Azuric in a Discord server while playing the popular online game Among Us. “I met Serpent around November 2020, and we quickly became friends. After about a month of talking back and forth, he asked me to join his esports organization called Azuric. I had never really considered esports as a viable option, and even then I thought I was going to just be there to help kickstart the organization for a month or so and then I’d move on, but I actually had fun doing it, so here I am 8 months later, still in Azuric.”

While he may have started off as a musician, going viral on social media originally as a “meme” and gaining an audience of millions, Insyde has been working to translate his marketing experience in music to the gaming industry. “Marketing basics move over well into pretty much any niche, whether it be music, gaming, or even running a business. If you know the basics of how peoples’ brains work, you can be successful anywhere.” he told us..

As time goes on, esports and music will likely have more and more major crossovers, changing the audience and marketing of both. Pioneers such as Insyde are in the forefront of this major change.