Kortny De1, the Rising Artist Carving a Path Toward the Forefront of the Music Industry

Highly recognized for his impressive arsenal of talents, passion for the craft, and dedication toward establishing his name in the competitive music scene, Kortny De1 is an artist and entrepreneur who is emerging as a must-watch personality. 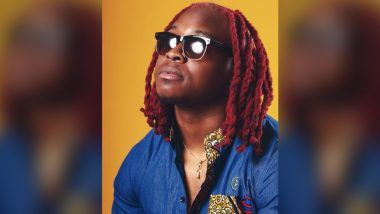 Choosing a musician’s path used to be intensely frowned upon, especially by parents whose definition of success involves making an impact as a professional. Countless aspiring artists have been maneuvered away from carving a path toward the forefront of the music industry because elders believe there is no money and financial freedom to be had in pursuing one’s passion. However, as proven by Kortny De1, a rising star known for his distinctive style, dreamers can now secure a financially secure future by taking center stage as an artist.

Highly recognized for his impressive arsenal of talents, passion for the craft, and dedication toward establishing his name in the competitive music scene, Kortny De1 is an artist and entrepreneur who is emerging as a must-watch personality. Hailing from Atlanta, the multifaceted figure boasts a sound whose creation was influenced by the environment he was brought up in. With his lyricism, skillful delivery, ever-changing melodic flows, and creative concepts, he possesses the potential to ace the game.

From the moment he dipped his toes in the world of music and entertainment, Kortny De1 has managed to capture audiences and gain the following of numerous enthusiasts because of his discography and exemplary approach to materializing his dreams into reality. With no plans to slow down until he has reached the summit, the go-getter will continue going all-out in releasing top-notch music guaranteed to leave a mark.

With the release of his groundbreaking single “15”, which M. Harris directed, Kortny De1 did not only find himself in the limelight but also succeeded in showing peers and listeners alike that he is a force to be reckoned with. Released on March 5, 2021, the official video for his track, “15,” was also a testament to his vision, creativity, and uniqueness as a musician.

Currently working with two Grammy Award-nominated producers and a Grammy Award-winning engineer, Kortny De1 is preparing to drop his next EP, which is set to help cement his reputation within the industry even more solidly. As he makes his way to the top, the purpose-driven artist and self-starter hopes to serve as a walking example for other aspiring artists to follow.