Michael Maisey: Risen From The Ashes

Life has never been kind to Michael Maisey as he had an extremely difficult past from which he emerged to carve out a life of success. At 18 he was behind bars, and such was his state of mind that he attempted suicide by hanging himself with his prison bedsheet. 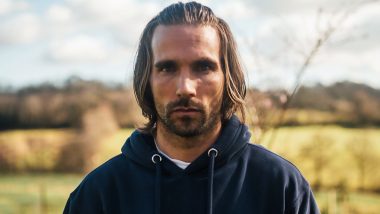 Life has never been kind to Michael Maisey as he had an extremely difficult past from which he emerged to carve out a life of success. At 18 he was behind bars, and such was his state of mind that he attempted suicide by hanging himself with his prison bedsheet. Luckily he was saved on time by one of the prison officers, who gave him a second life. At that point of time, he thought that if ever he came out of the ugly situation of life he was in, he would help all those who were in distress and suffering due to adversities of life. He had decided that his life’s mission would be to help the needy. When asked about how he dealt with the extremities of life, Michael says, “the biggest challenge I faced in my life was myself. Those habits which were difficult to part with, apart from that the growing low esteem, almost non-existent self belief and unwillingness to do the right things came in my way which created hurdles to go ahead in the right direction.” Having realized that instead of blaming if he took ownership of his life it would bear better results and that’s what he did which helped him a lot in the long run. In spite of a troubled childhood where his parents were substance addicts, having gone through bouts of physical and sexual abuse while growing up, he took on the ownership and dealt with the trauma which helped him carve a beautiful life for himself and his family, which is definitely worth an applause.

Today he owns a flourishing property business by the name Oakhill in London, which has even won the best company award in recent times. To fulfill his dream of helping people, he even setup a non profit organisation in 2018 called The CIP Project, which is aimed at helping those suffering from mental health, addiction and PTSD. Apart from this the organization also runs free self-development workshops in schools, prisons and for members of the public across the UK and Ireland. Michael strongly believes that once success is achieved none of the materialistic things hold value, what matters most is the value of time and how you spend that time with your close ones. Michael is also on the verge of releasing his second book as a writer in July this year which is titled ‘Change is Possible’.