What is Regenerative Detoxification? All You Need To Know As Per Two Peacocks

Regenerative detoxification. What is it, you may be wondering? According to several studies, it’s the process of recreating cells within the human body after clearing them of harmful substances. Some believe detoxification should go beyond the physical part of removing toxins, though, delving more profoundly to offer more. William McGirr, owner of Two Peacocks (@twopeacockss), is one holistic healer who believes this. 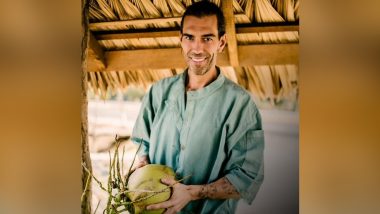 Regenerative detoxification. What is it, you may be wondering? According to several studies, it’s the process of recreating cells within the human body after clearing them of harmful substances. Some believe detoxification should go beyond the physical part of removing toxins, though, delving more profoundly to offer more. William McGirr, owner of Two Peacocks (@twopeacockss), is one holistic healer who believes this. Through his organization, he says he hopes to bring change to the world in a meaningful way. He believes evolution comes from those who are serious about their reiki and that regenerative detoxification is a natural development of one's internal power. While it's evident that reiki can unlock this hidden potential, McGirr believes only those who are dedicated enough can make it happen.

What Is Regenerative Detoxification?

To detoxify, McGirr (@william_mcgirr) says, you have to be willing to give back to the Earth and fellow human beings. Regenerative detoxification takes this idea to its natural conclusion. By practicing reiki, he says you can also connect to the natural ebbs and flows of the Earth's energy field. At Two Peacocks (#FreeYourPeacock), McGirr says reiki teaches its students to discover their true potential. Through McGirr's dedicated one-on-one personalized training, he says they can learn the secrets of the universe itself, one of the many benefits regenerative detoxification offers. Internally, your spirit is reformed, and you see life through new eyes, McGirr says.

The Battle Raging Within Yourself

McGirr says he is no stranger to internal conflict. Growing up as a self-proclaimed “hustler,” he eventually found his place in the world. Today, he makes his way from place to place, discovering the wonders of the planet. Through his journeys, he says he always tries to give back. Most recently, spending most of his time in Mexico, where he says he now has a unique insight into the local customs and food. McGirr believes everyone's life is a series of journeys. Some of these need not be physical but can be entirely spiritual, he says. The culmination of these journeys is self-love and truth, McGirr says, yet he also notes that most people are too self-conscious to get there. "In our line of work, there is an abundance of fear and ignorance," he says.

Living In the Moment

McGirr says he sees Two Peacocks as a response to the world around him. More than that, he sees it as a remedy. He says with the right push, anyone can become a master of their own destiny. Controlling the forces of the universe is a mindset away, he says, and Two Peacocks teaches learning through experiences. Those experiences don't even need to be your own, he believes, saying they could be someone else's activities related to you in a way you can experience alongside them. Triumphs and setbacks happen to everyone, but the strong pick themselves up and push forward, regardless of the situation, he says.

McGirr believes Two Peacocks offers a respite from the world around us. He says through internal introspection, visitors can understand the true mysteries of the universe. McGirr serves as both a guide and a mentor. In this, he says he helps others see what was always in front of them.