Who Is DJ Ice? Get To Know Michigan’s Top Indian DJ Behind the Scenes 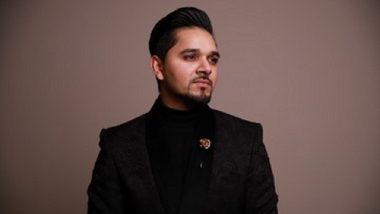 The music industry has always been an ever-evolving art, for music has always been a way to express oneself in the form of creativity. The continual rapid transformation of the music industry is a classic example of how innovation has the power to shake and revolutionize an entire industry.  Generating part of this shift is the Indian-American artist - Aman Sran, popularly known as DJ Ice.

DJ Ice began his career while he was still in high school. Initially, he started DJing at small high school events and eventually expanded his outreach with rising popularity and his renowned skills to keep the dancefloor on fire. In no time, DJ Ice could be seen performing at some of the most lavish weddings and biggest shows in the Midwest. What merely started as a hobby, soon earned DJ Ice massive recognition, leading him to express his unique style. DJ Ice began producing music that is highly influenced by the Punjabi culture infused with the American culture. As he grew his fan base, with his attention to detail and ability to work the dance floor with his striking music and mixes, DJ Ice decided to begin his entrepreneurial journey and further his music career.

DJ Ice and Fresh Productions, founded by DJ Ice, has been regarded as one of the most desired Indian DJ companies, not only in the Midwest but across the states as well.  It offers a vast range of services to make the client’s night an unforgettable experience tailored to fit vision. He also established the music label, Treehouse VHT (Vision, Hustle, Talent), with well-known rapper Jay Skilly. Juggling both business and music, naturally, has been a tough ride, but with an outstanding blend of passion and dedication, DJ Ice fuels the lifestyle he has created.

Throughout his career, DJ Ice has produced songs for numerous local artists which eventually expanded to managing his friend and artist Mickey Singh. DJ Ice also has been featured as a rapper on songs such as Ho Geya Pyar and Kali Behke. He has gained widespread popularity through his first mixtape of Punjabi and English music, "Sanu Luteya". DJ Ice has also been a producer on multiple Urban Indian songs such as Phone, Summer love, Yaar Tera Lit, Pakki Gal, YTL Treemix,  Double Addi, and many other songs featured under Treehouse VHT label that manages Mickey Singh, Pam Singh, Tedi Pagg Music, and Simar Panag.

Dj Ice also has multiple interests outside of music - he has also established himself as a renowned motivational speaker and has made videos for the entrepreneur educational platform - Minority Mindset - to encourage young entrepreneurs to pursue their dreams.

DJ Ice continues to perpetuate his innovative skills and creativity in the ever changing worlds of business and music.