Arctic Sea is Full of Plastic Junk, Could Flood Oceans All Over with Global Warming 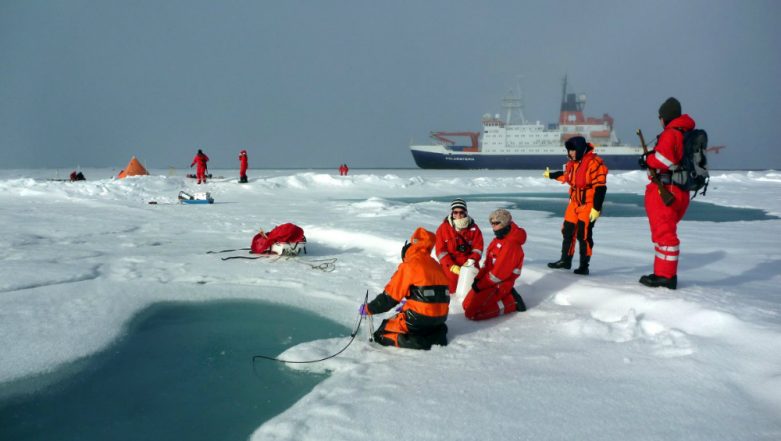 Our plastic usage is soon going to take over the world, quite literally and the signs have already begun. The results of the plastic pollution have been seen in junk plastic that has now been found in unprecedented amounts in the Arctic Sea. Scientists have found a lot of microplastics frozen in the ice on the sea stretch which only points the damage that is being done to the marine environment, by our careless usage. What's even more alarming is this very plastic will now enter the oceans in the world as the sea will melt with rising global warming. The concentrations have been extremely high as much as 12,000 particles of plastic per litre!

Researchers at the Alfred Wegener Institute in Germany published their findings in the journal Nature Communications. “We really ought to reduce its production to reduce leakage to the environment," the study recommends. The team found not one or two but a total of 17 kinds of plastic in these ice samples. The common ones were from packaging materials, cellulose acetate from cigarette filters, paints, and nylon. The researchers went to analyse these samples and study their origins. They found them to be particles from ship paints, some from fishing nets and a lot of polythene from packaging. On further analysing the ocean currents they found that the debris were coming from Great Pacific Garbage Patch, the largest accumulation of ocean plastic in the world, which is situated between California and Hawaii.

This finding is just the tip of what lies beneath. These microplastics serve a greater danger to the aquatic life and eventually to the humans as well. These microplastics were less than a twentieth of a millimetre wide so they can be very easily ingested by the arctic animals. It will eventually affect their survival rates as their stomachs get clogged with plastic material. With global warming, the ice will begin to melt and the plastic will again enter the oceans all over. Plastic pollution thus becomes a wider issue to be catered to. Reducing the usage and recycling of plastic is a must for a secure environment in the years to come.