Being a celeb in South Korea is very different from being one in any other parts of the world. Are the BTS members even allowed to date, anyone? In this article, we bring you some bizarre Big Hit Entertainment rules that K-Pop artists are expected to follow. 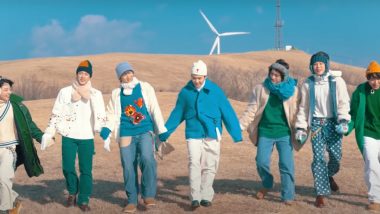 From their dogs to their love for food, there is a lot we know about our favourite Bangtan Boys, aka BTS. But there is one thing that the boys have continued to keep under wraps, whether, for Big Hit rules or something else; BTS’ dating history and personal lives have never been a focal point. Jungkook, Jin, V, RM, Suga, J-Hope, and Jimin, have fans worldwide, who proudly call themselves an ARMY and vying for a chance at their hearts. But none of the members, ever really spoke about their personal lives. Surely, the guys are not just out here working themselves to the bone without any time for their personal lives. The truth is, being a celeb in South Korea is very different from being one in any other parts of the world. Are the BTS members even allowed to date, anyone? In this article, we bring you some bizarre Big Hit Entertainment rules that K-Pop artists are expected to follow.

It is only natural for fans to want to know more about their favourite K-Pop idols. Recently, Blackpink member Jennie and G-Dragon’s secretly dating made it to the headlines, giving shock waves to the K-Pop world. But when it comes to BTS, ARMY is eager to know if the boys secretly admire anyone in their personal lives. However, as far as fans know, all of the boys from BTS are currently single.

Are BTS Members Allowed to Date?

Traditionally speaking, K-Pop idols were not allowed to date. Big Hit Entertainment artists have often been vocal about the rules they are expected to follow. Before BTS debuted, they released a song called, “A Typical Trainee’s Christmas,” where they threw some playful shade at Big Hit Entertainment. RM spoke on how he did not agree with the company’s policy of restricting them from dating during training. They had to constantly exercise, and eat certain foods to manage their bodies.

But neither the members nor the company has ever openly made any statement if the BTS is forbidden from dating. According to Seventeen, there is no word about whether the “no-dating” stipulation is actually in the BTS contract. Since none of the members has ever publically stated or confirmed that they are dating, there could be a chance there is.

However, a few BTS members were at times romantically linked to other K-Pop artists and more. Their current status seemingly is single, and they have ample space in their heart for their loyal fan base, ARMY!

(The above story first appeared on LatestLY on Mar 03, 2021 06:34 PM IST. For more news and updates on politics, world, sports, entertainment and lifestyle, log on to our website latestly.com).