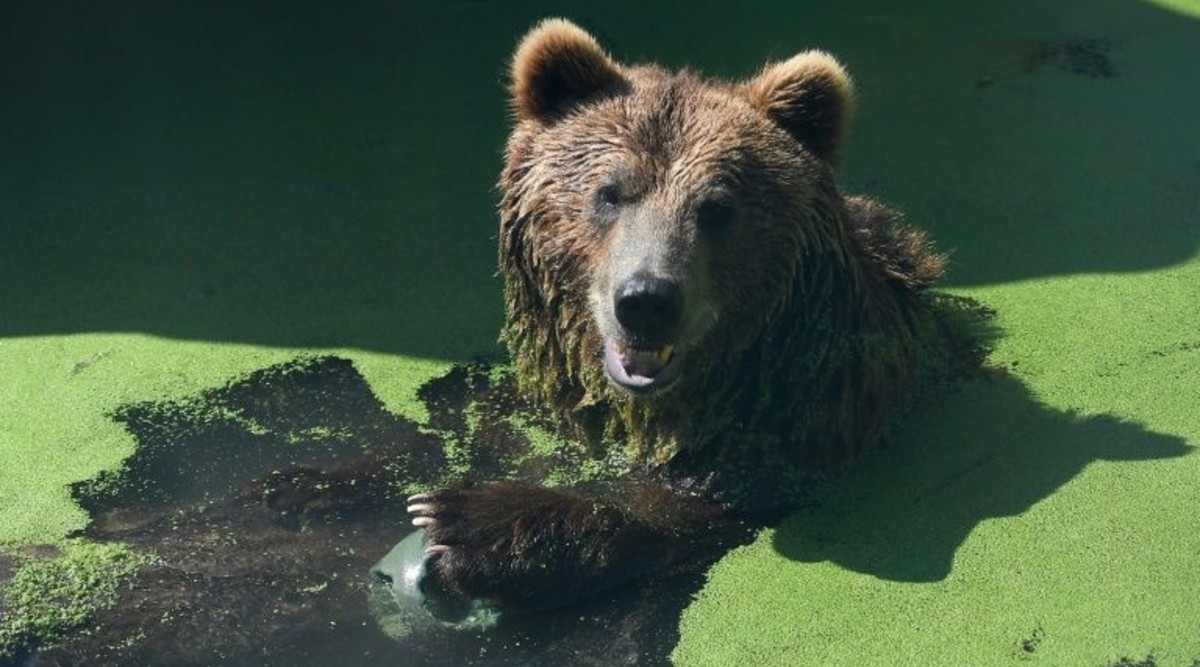 A brown bear such as this was spotted walking with her three cubs along a normally busy lakeshore in Greece. (Photo Credits: AFP)

Athens, April 9: A bear and her three cubs took advantage of the coronavirus lockdown in Greece by strolling along the normally busy shore of Lake Kastoria in the country's northwest.

The animals were spotted by the authorities at the tourist hotspot on Wednesday evening, Greek news agency ANA reported. The walkway is normally very popular with the inhabitants of Kastoria, a city of some 47,000 people located in a valley surrounded by mountains home to the brown bear, a protected species. Baby Koala Rescued From Australian Bushfire Seeks Comfort in Grey Teddy Bear After Losing Mother (Watch Emotional Video).

But for humans, access to the lakeshore has been restricted during the day and banned at night since the end of March, when an 8pm-8am curfew was imposed due to the COVID-19 pandemic.

"Overnight confinement combined with the lack of food created the conditions for the animal to take its young to an area of nature within the city, by the lake," Nikos Panayotopoulos, head of Kastoria's rapid intervention force, told ANA.

He recommended that residents no longer walk with their pets during the day along the north of the lake, where the bear and its cubs appeared. Research is underway to determine if the bear family is staying near the city and whether it is benefitting from the absence of human activity -- or if it was searching for food.

Panayotopoulos said the mother bear is well known to the authorities as she has lived on a nearby mountain for four years. He added that the city's rubbish needs to be collected regularly to avoid attracting her. Fact Check: Did Fox Feed Koala Babies in Bushfire-Hit Australia? Know Truth Behind Viral Video.

Near Kastoria is a Natura 2000 area -- a network of unspoiled natural sites in the European Union -- as well as the Arcturos refuge which since 1992 has protected and cared for bears and wolves from the Balkans as well as predators from Austria and Georgia.