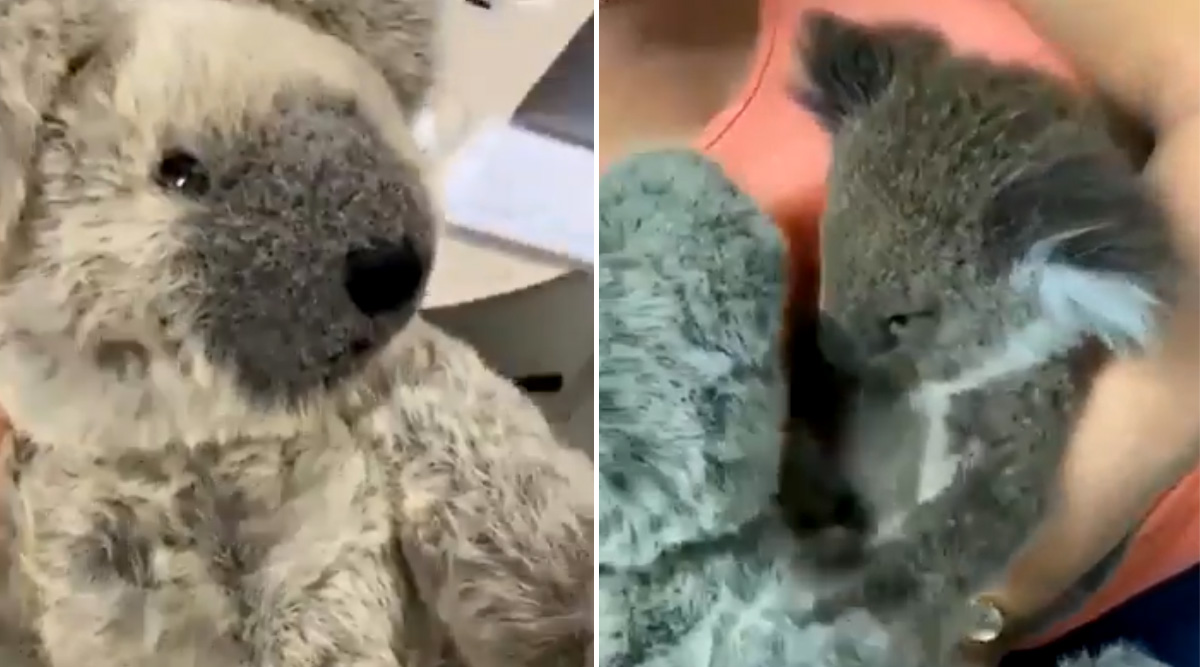 The Australian bushfires raging on for months have now been under control but the loss of life and ecosystem still remains unfathomable. Koalas were feared to be extinct as huge forest cover got gutted down in the fire. While many of them were rescued and treated for. A very heartwarming video has come up online which shows an orphaned koala who lost his mother to the bushfires, finding some comfort in a teddy bear! The video was captured by a vet and soon found its way on social media. The emotional video is now going viral. Fact Check: Did Fox Feed Koala Babies in Bushfire-Hit Australia? Know Truth Behind Viral Video.

The young marsupial was being treated in a veterinary clinic. According to reports in Daily Mail, the koala lost its own mother in the bushfires in Victoria's south-west. Vet Paul Ramos who was taking care of the animals captured a moment when the koala was introduced to a grey-coloured teddy bear. The young one thought it to be its own and shared a moment, reaching across, hugging and nuzzling the soft toy. The sweet video has now reached on other social media platforms and is going viral.

In the caption, Ramos wrote, "This little girl unfortunately just lost her mother. People and Nature: Truly we are all connected and we can, and must do better." So true! A lot of netizens expressed sadness as the poor fellow thought the soft toy was his mom. Twitter user wrote, "That's so sad. He thinks it's his mom. :("

The Australian bushfires brought some relief after parts of the country received heavy rainfall. During that time, another video of a koala drinking rainwater off the streets was going viral on social media. The overall damage of animals in the months-long blazes is said to be around a billion, including the insect and reptiles.