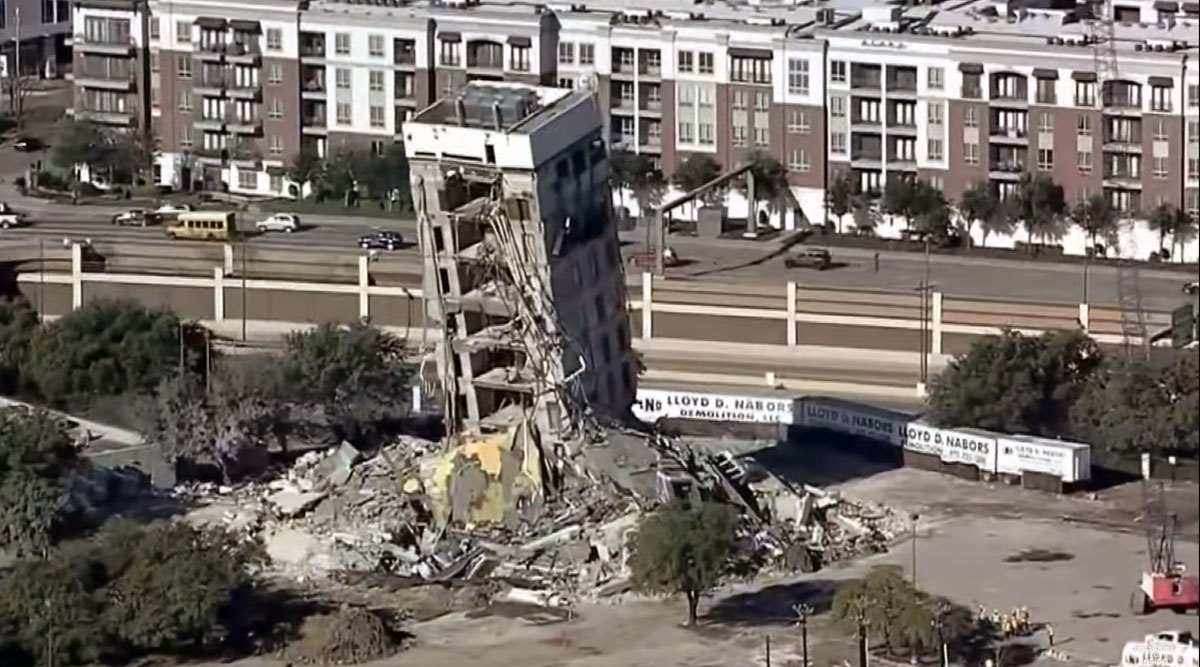 Experts now say that they may take over weeks to demolish the building. However, debris was moved using huge machinery reported WFAA-TV. The wind was said to be blowing at a high speed of 20 miles an hour and it halted the 5,600-pound of wrecking ball work, a spokesperson for Lloyd D. Nabors Demolition confirmed to the local news channel of Dallas. Dallas Stripper Falls From Top of 20ft Pole On Her Face And Continues to Perform (Watch Video).

"It's better than some of the other reasons [Dallas has] made the national news. It's a laugh a minute", people who came to watch the demolition said to the media portal. However, the demolition and development companies are investing a lot of money and manpower to demolish the leaning tower of Dallas.

For those who don't know the building gained popularity after a failed demolition attempt on Feb. 16 took place that made it look like how it does now. The leaning 11-story building soon became a popular Instagram backdrop for photos and is now referred to as the leaning tower of Dallas. The failed demolition left just part of the original structure standing.

The tower has a huge fan-following. A Change.org petition was launched to solidify it as UNESCO World Heritage Site as well as a Texas Historical Landmark. The petition earned almost 1,500 signatures however, the crew had to ultimately be demolished but now as you can see, it just doesn't seem to happen anytime soon. Until then, the place is extremely popular on social media, gaining tourist attraction from all around the world.