Did You Know You Are a Year Older in Korea? Here’s the Interesting Difference Between Korean Age and International Age

When your favourite K-Pop star’s birthday is celebrated, their age may just confuse you, because that’s not how you count it. Their unique age-calculating system may surprise you. In this article, we bring you the difference between Korean age and international age you may not have known. 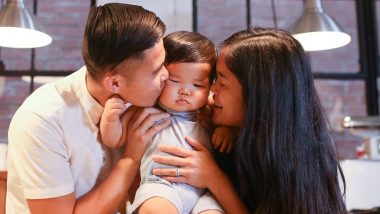 A Korean baby born on New Year’s Eve will already be two years old—on just the second day of his or her life! How? Well, that’s their interesting way of counting ages. South Korean culture has a massive influence on people across the world. Especially, their ever-rising Korean Pop that has redefined the country’s music industry in all the terms. When your favourite K-Pop star’s birthday is celebrated, their age may just confuse you, because that’s not how you count it. Their unique age-calculating system may surprise you. In this article, we bring you the difference between Korean age and international age you may not have known.

If you are born in India, or most countries, you are considered one-day-old after 24 hours have passed. But this is not the case in Korea. Why? Because the time a person spends inside his mother’s womb is already taken as the first year of a person’s life. Yes, its nine months, but it is still counted as one year. This is why Korean age is always one year or more than the age of a person living in any country. If you are 40 years old in India, you will either most likely be 41 or 42 years old in Korea.

This unique method of counting age has its origins in China before spreading to different parts of Asia. But today, only South Korea is the country where everyone still follows it.

How to Calculate Korean Age?

It may seem complicated at first, but the calculation is pretty simple. The basic Korean age formula is:

Aside from the prenatal period, another reason for this unique age counting method is that in Korea, a person “ages” a year every New Year, rather than on the birthday. Regardless of whether your birthday has passed or not, in Korea, you add a year to your age every January 1. That is why a child born on New Year’s Eve in Korea turns two on New Year’s Day.

While it may seem a little odd to the rest of the world, it is important to note that the Korean age is mostly used for social interaction only. The legal age limits for things such as drinking, smoking, driving, etc., is still based on the international age system. So, how old are you? We meant in Korean age, of course!

(The above story first appeared on LatestLY on Feb 25, 2021 06:15 PM IST. For more news and updates on politics, world, sports, entertainment and lifestyle, log on to our website latestly.com).