A viral photo of Shah Rukh Khan has been making rounds that sees the superstar asking money (Rs 2000) for diesel. However, the message is fake and not to be trusted at all. Check out the fact check here. 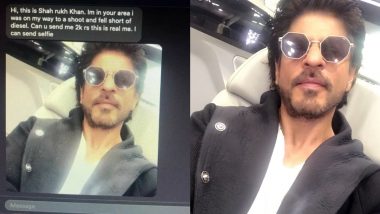 With social media booming with each passing day, we trust the many platforms way too much at times. This also leads us to not check if the piece of information circulated online or even on WhatsApp is true or not. We've often seen many celebrities been dragged into unnecessary mess, courtesy scam. Well, this time it's Bollywood superstar Shah Rukh Khan who is the latest target, as a photo of the actor has been circulating on WhatsApp which is morphed a bit to make it look real. Fact Check: Shah Rukh Khan Has a Kashmiri Doppelganger? Here's The Truth Behind the Viral Photo of The Young 'SRK Lookalike'.

The picture in question sees Shah Rukh asking for Rs 2000 as he has fallen short of diesel while on his way to a shoot. The photo reads, "Hi, this is Shah Rukh Khan. I am in your area, I was on my way to a shoot and feel short of diesel. Can u send me 2K Rs, this is real me. I can send a selfie.” This WA forward is making many wonder, why would a superstar ask for 2K? However, not all you see is real, all the time. Fact Check: Rishi Kapoor Listening to a ‘Doctor’ Singing Deewana Track Is Spread on Social Media as Actor’s Last Video From the Hospital – Here’s the Truth Behind the Viral Video! 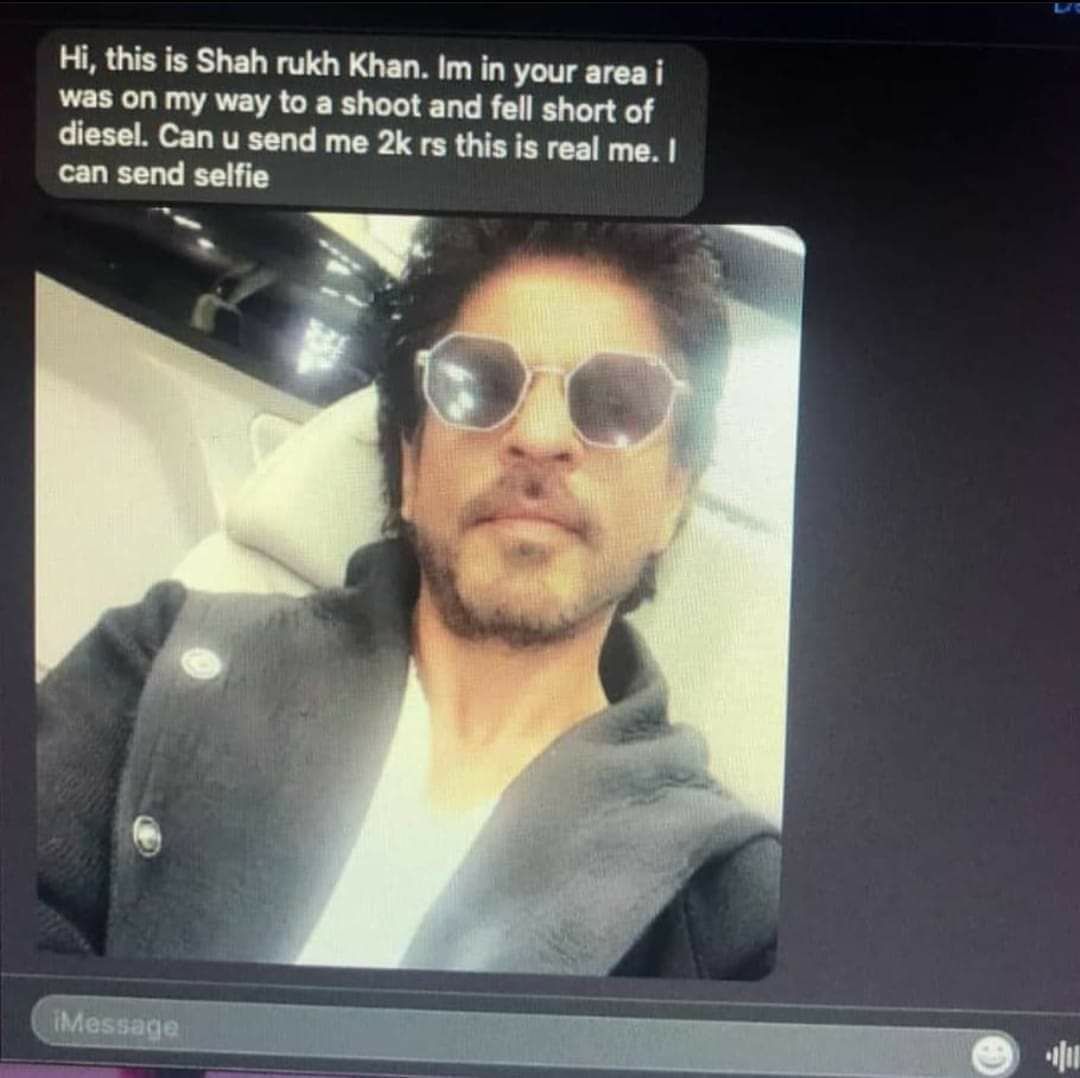 Well, we at LatestLY went to the crux of the story and found out the authenticity of the viral photo which happens to be quite opposite of what claimed.

While the picture is real, it isn't the latest one. It is a selfie that was shared by SRK on his social media on December 24, 2016, when he was at his film Raees wrap-up scene. So, the scammers have tweaked the original image a bit and have added a text box that sees the actor asking for moolah.

At Raees wrap getting gifts from unit is a bonus. Yay. @MrSheetalsharma gave me this cool Raees jacket. Thx pic.twitter.com/6MHwD9JTMp

In a nutshell, the viral message that sees Shah Rukh Khan asking money for diesel by sending his selfie is FAKE, and not to be trusted at all.

Meanwhile, on the work front, SRK will be soon seen on Pathan, which stars Deepika Padukone and John Abraham and also has a cameo of Salman Khan. Further, he also has Atlee's yet-to-be-titled film. Stay tuned!

The viral picture is not to be trusted as its FAKE

(The above story first appeared on LatestLY on May 28, 2021 04:45 PM IST. For more news and updates on politics, world, sports, entertainment and lifestyle, log on to our website latestly.com).