UP Police Did Not Take Away Oxygen Cylinder Man Arranged for His COVID-19 Positive Mother, Video Goes Viral With Fake Claim

A video is going viral on social media platforms in which a man is seen crying and begging in front of police in Uttar Pradesh. The Agra Police on Wednesday issued a clarification saying the clip is shared with a misleading claim. 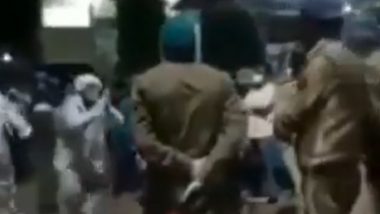 Agra, April 29: A video is going viral on social media platforms in which a man is seen crying and begging in front of police in Uttar Pradesh. Many Twitter users shared the video claiming that the man was begging the police to not take away the oxygen cylinder he had arranged for his coronavirus-infected mother. A journalist, who also shared the video, went on to claim that the police confiscated the oxygen cylinder from private hospital in Agra and "supplied it to a VIP". Report Claims State Govts Hiding Actual COVID-19 Death Count Under Centre's Pressure, PIB Fact Check Rejects Claim.

Since the video is widely circulated, the Agra Police on Wednesday issued a clarification saying the clip is shared with a misleading claim. Refuting that the police took away the oxygen cylinder that the man had arranged for his COVID-19 positive mother, Agra Superintendent of Police BR Prasad said the cops were actually carrying an empty cylinder. He said the man was actually urging cops to arrange a cylinder for his ailing mother. Second Wave Is Not Really COVID-19 But Effect of 5G Tower Radiation Making Air Poisonous and Causing Breathing Issues? Know the Truth Behind Fake Post.

Viral Video of Man Begging In Front of Cops: 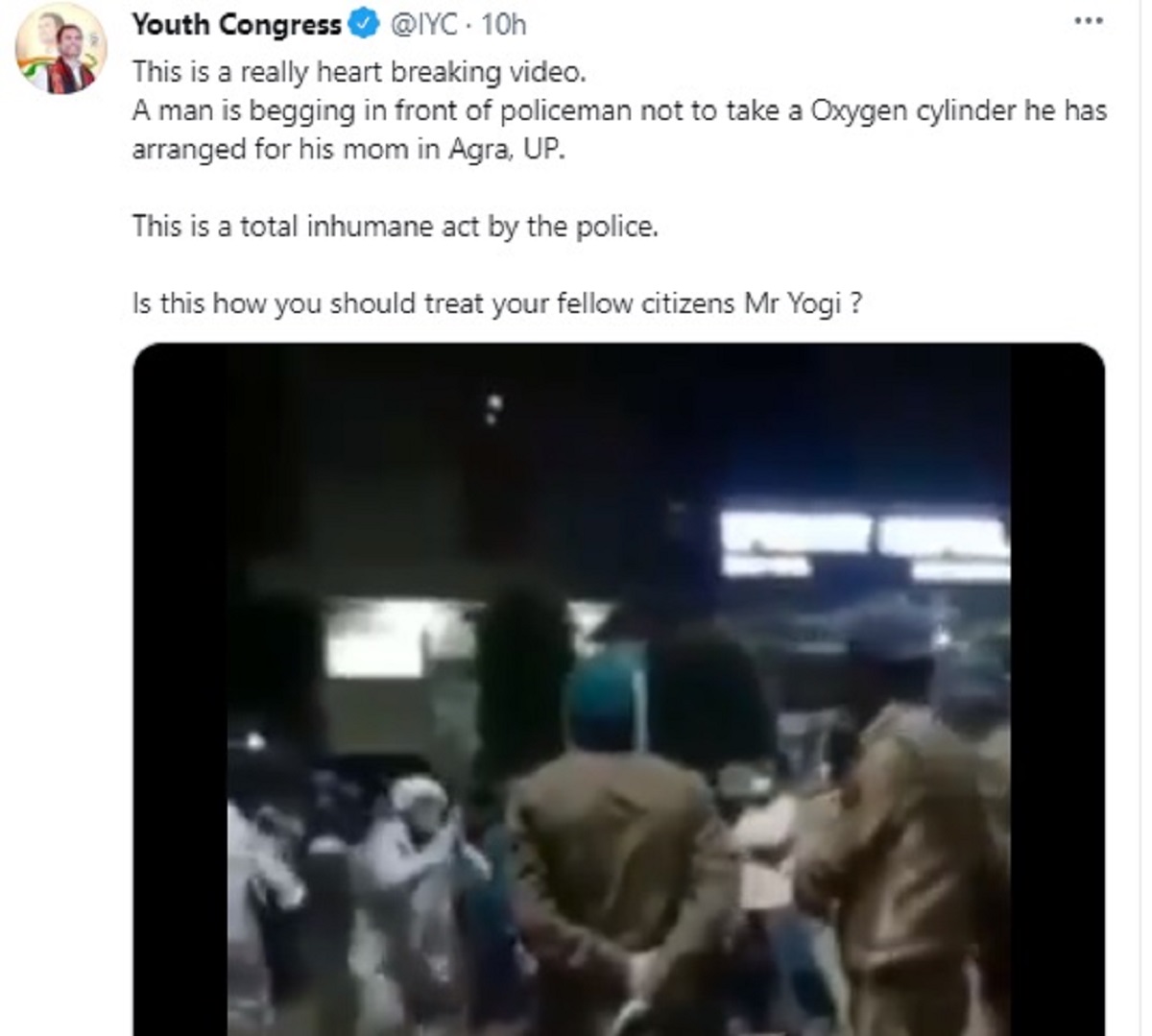 Screenshot of viral video of man begging in front of cops in Agra (Photo Credits: Twitter)

"The viral video is of Upadhyay Hospital. Due to shortage of oxygen cylinders in Agra few days back, some people were giving away their personal cylinders to hospitals for the treatment of the loved ones. The two people who are taking away the cylinder are actually taking away an empty cylinder. The man seen requesting the police is a kin of a COVID patient and was actually asking the cops to help him procure a cylinder for his mother," the SP said.

The journalist who shared the video later that the man, seen in the video, and his mother who was in critical condition were no longer "traceable". The clip was also shared by the official Twitter handle of the Youth Congress.

(The above story first appeared on LatestLY on Apr 29, 2021 09:41 AM IST. For more news and updates on politics, world, sports, entertainment and lifestyle, log on to our website latestly.com).