International Lefthanders Day 2020: Fascinating Facts About Lefties That Make Them So Rare Yet Special 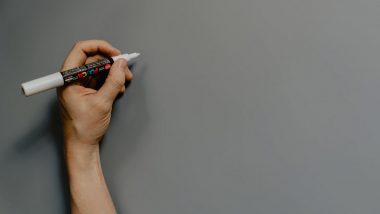 Happy International Lefthanders Day! Every year August 13 is celebrated as a day for the lefties, honouring them and creating awareness about their uniqueness. The day has been observed since the 1970s. Left-handed people are a rare lot and being surrounded by right-handed people can be challenging. But being left-handed does have it sets of uniqueness and they have to adapt to others especially among the right-handed ones. On this day, we tell you some fun facts which make them so special.

These are just some ways in which lefties are more unique than the right-handed people. So there is no need to get bogged down but just celebrate your uniqueness and share these awesome facts with everyone and tell them what is it that makes you special.

(The above story first appeared on LatestLY on Aug 12, 2020 08:00 PM IST. For more news and updates on politics, world, sports, entertainment and lifestyle, log on to our website latestly.com).