If you have scrolled down the Twitter trends, you will see at least (at the time of writing this) more than 90,000 tweets related to Logan Paul. After going through several tweets and reactions, it is coming out that a video of the Logan Paul, sucking someone’s d**k surfaced on the social media platform. 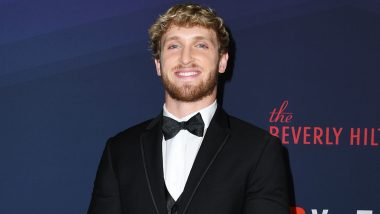 Logan Paul is trending on Twitter at the moment! Not because of YouTube or content creating, but a sex tape of him allegedly leaked online. We are unsure of anything of that happened, and so is Paul, it seems, but Twitter is filled with the aftermath reactions. If you have scrolled down the Twitter trends, you will see at least (at the time of writing this) more than 90,000 tweets related to Logan Paul. After going through several tweets and reactions, it is coming out that a video of the American YouTuber, sucking someone’s d**k surfaced on the social media platform. And it happened late yesterday, on December 21, 2019. Logan Paul's YouTube Video ‘Kong Meets a Baby Tiger! **Showdown**’ Leads to Charges for ‘Mistreatment’ to a Tiger Cub.

There is no confirmation that Paul is the person seen in the video allegedly engaged in any of sex act with another man. But he decided to sound off on the reports. Aiming the rumours, the YouTuber tweeted, “100k retweets and ill release the full text tape.” It caused a significant stir and helped the YouTuber’s name shoot at the top of Twitter trends in the early hours on Sunday. PewDiePie Deletes Twitter Account Responding to False Media Coverage That He Was ‘Quitting’ Instead of ‘Break’ From YouTube, Twitterati Gives Mixed Reactions.

Here's What Logan Has to Say:

Well, visibly the Tweet did receive more than the 100k retweets than what he accepted. He tweeted a series of other flip responses, even tagging James Charles saying, “ur next,” while not actually addressing whether the video showed him.

Logan Paul thought he trumped everyone in the last week of the decade but James Charles said not so fast bro I- 😂😭 pic.twitter.com/gp0EWC7hrP

Jake and Logan Paul have recently been dropped out of Forbes’ highest-paid YouTuber rankings for 2019. Jake was the second-highest-paid YouTuber last year, and Logan was in No. 10. But this year, both could not make it to the list. For years, the Paul brothers were relentless every-day bloggers. They would upload at least one video to their respective channels daily. It stopped in mid-2018. And with this recent alleged sex-tape release (if at all), Logan Paul landed himself into yet another controversy.

(The above story first appeared on LatestLY on Dec 22, 2019 01:00 PM IST. For more news and updates on politics, world, sports, entertainment and lifestyle, log on to our website latestly.com).