According to new Norway law, any digitally altered changes to shape, skin and size will have to bear a label designed by the Norwegian Ministry of Children and Family Affairs. 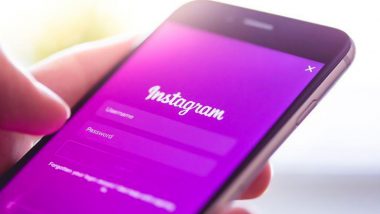 It's no secret that Instagram, TikTok and other social media platforms have unwittingly become the purveyor of unrealistic beauty standards that contribute to body image issues among young impressionable teens. The social media platforms with their arrayed filters and editing tools perpetuate impractical standards that have become the leading cause for body dysmorphia among women and also men. Amid increasing concerns over the mental health impact of altered photographs and mounting criticism by advocacy groups, Norway passed a new regulation via the country's Marketing Act that says Influencers and advertisers in the country will soon have to label photos that have been retouched. Any digitally altered changes to shape, skin and size will have to bear a label designed by the Norwegian Ministry of Children and Family Affairs.

The law passed by the Norwegian parliament on June 11, states that the photos that have been altered in terms of the sharper jawline, enlarged breasts, hips, muscles, heavily filtered images, will all have to bear a stamp issued by the government. Posts by influencers and celebrities who receive compensation from brands for plugging their products will also have to abide by this rule.

Norway's new law on labelling altered pictures is indubitably an excellent move by the lawmakers in the country. The amendment passed with a majority vote of 72-15, but the Norway King will decide when the law will go into effect.

The amendment also states that people who refuse to adhere to the law will have to bear heavy fines and will be subjected to imprisonment.

(The above story first appeared on LatestLY on Jul 03, 2021 11:03 AM IST. For more news and updates on politics, world, sports, entertainment and lifestyle, log on to our website latestly.com).