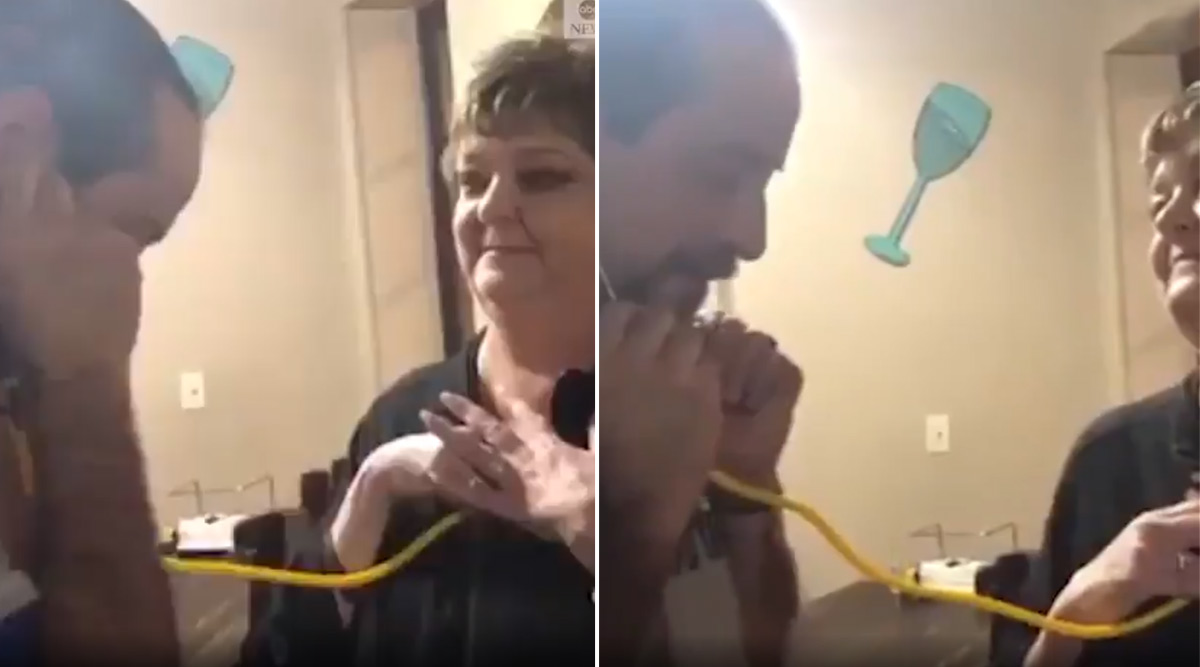 It is incredibly challenging for people to move on after they lose their near ones. When this father got an opportunity to hear her dead son’s heart beating in organ recipient’s chest, he could not hold back his tears. Jordan Spahn’s 21-year-old son, Matthew Spahn from Brenham, Texas, was tragically killed in October, 2018 when a vehicle crashed into him as he walked home. His heart was transplanted to Kristi Russ, who suffered from chronic heart failure. She received Matthew’s heart, which allowed her to live a healthy life. The emotional video shows the father hearing his dead son’s heart beating in Ms Russ’ chest. The clip has surfaced on social media, melting hearts of the viewers. Dad Shares Dead Son's Essay Titled 'You Are Going to Die, So Be Happy' and Twitter Is Emotional.

According to media reports, Matthew was an award-winning runner. He fought for his life for ten days before he passed away in October, 2018. The 21-year-old was also an organ donor. Even after his death, Matthew saved five lives as seven of his organs, including skin and tissue, were donated to those in need. In the viral clip, Mr Spahn can be seen pressing a stethoscope to his ears as Russ holds the resonator to her heart.

"He's probably out there running laps."

A Texas father hears his dead son's heartbeat in the chest of a woman who was a transplant recipient of the 21-year-old's heart. https://t.co/tkJAOxVOfJ pic.twitter.com/TriSpsCZZ2

One can only imagine the plight of the father. “You know I heard his heart beating for ten days straight,” Mr Spahn can be heard referring to the time his son battled his life at the hospital. He clutches the stethoscope saying, “It’s so strong,” and smiles with his eyes closed. They stood in silence with the recipient, Ms Russ comforting Mr Spahn for a moment.