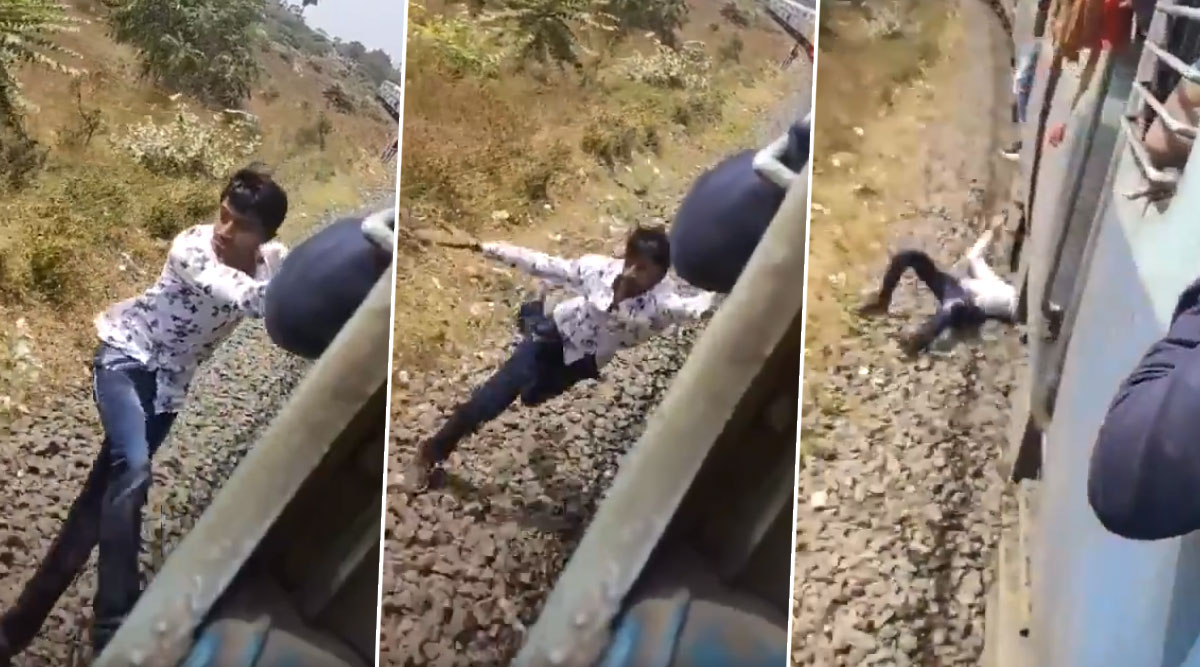 New Delhi, February 18: Union Railway Minister Piyush Goyal on Tuesday shared a shocking video of a stunt gone wrong in a moving train. The video, which appears to be filmed on a TikTok, shows a man putting his life on danger just for the sake of video for video-sharing social networking platform. The clip shows a man hanging on a doorway of a moving train. Skullbreaker Challenge: Dangerous TikTok Trend Goes Viral; Here's Why You Should Not Attempt it (Watch Videos).

Seconds into the video, the man loses his balance and tumbles on the rail tracks. As people were screaming in horror, the man eventually stands up at the end of the video and appears unhurt. TikTok Craze Claims Another Life, Uttar Pradesh Teen Shot Dead as Pistol Goes Off While Filming Video on App.

The clip has received over 16,000 views and tons of reactions, most of them are netizens criticising the stunt. TikTok, a video sharing application, allows users to post a clip of themselves performing acts, lip-syncing songs, and stunts.