The victim fought off Slaton and bit off his penis while he was assaulting her. She also stabbed him in the buttocks. The victim then managed to run off from the scene. 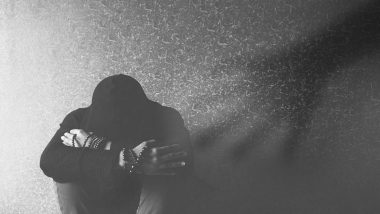 South Carolina, October 31: A kidnapped woman, who was being sexually assaulted, bit off the penis of the man who was allegedly assaulting her on a knifepoint, said police in South Carolina. The attacker is a repeat sexual offender and was found covered in blood when the police arrived at the scene. The man has been identified as Dennis Slaton. The 61-year-old Denis Slaton has a history of sexual crimes. Mumbai: Man Rapes Woman He Met on Dating Site, Clicks Nude Pictures & Makes Videos of Sexual Assault.

Slaton came in touch with the victim when she was trying to get a lift to reach to her destination. However, instead of dropping her at the location she had requested, Slaton instead drove her to his house and tried to assault her in his house. Girl Eating Penis? This Viral Video of Lady Biting on Pacific Geoduck Grosses the Internet out.

The victim then fought off Slaton and bit off his penis when he was assaulting her. She also stabbed him in the back. The victim then managed to run off from the scene. Mumbai: Man Rapes Woman He Met on Dating Site, Clicks Nude Pictures & Makes Videos of Sexual Assault.

However, she had to run without her clothes and her body was also covered with blood. She tried to get help in the neighbourhood. She was helped by a Waffle House who called 911. The attacker was arrested and later released on bail. Slaton’s penis was bit off pretty bad and he had to undergo a surgery. While speaking to the media, Slaton spoke to various outlets and told local channel 7News that the woman he tried to assault bit off his organ.

(The above story first appeared on LatestLY on Nov 01, 2019 12:31 AM IST. For more news and updates on politics, world, sports, entertainment and lifestyle, log on to our website latestly.com).