Shibani Dandekar and Farhan Akhtar tied the knot on February 19 in an intimate affair. The former has shared a post on social media and ended all rumours about her pregnancy.

There were speculations doing rounds citing that the newly married Shibani Dandekar is expecting her first child with hubby Farhan Akhtar. It started after she dropped a picture dressed in an outfit by Gavin Miguel and was seen posing with Farhan. She has put an end to all speculations by posting a video on her Insta story in which she can be seen flaunting her toned body. Shibani has clarified saying she’s not pregnant and tequila was the reason behind her bloated stomach.

Shibani Dandekar Says ‘I Am Not Pregnant’ 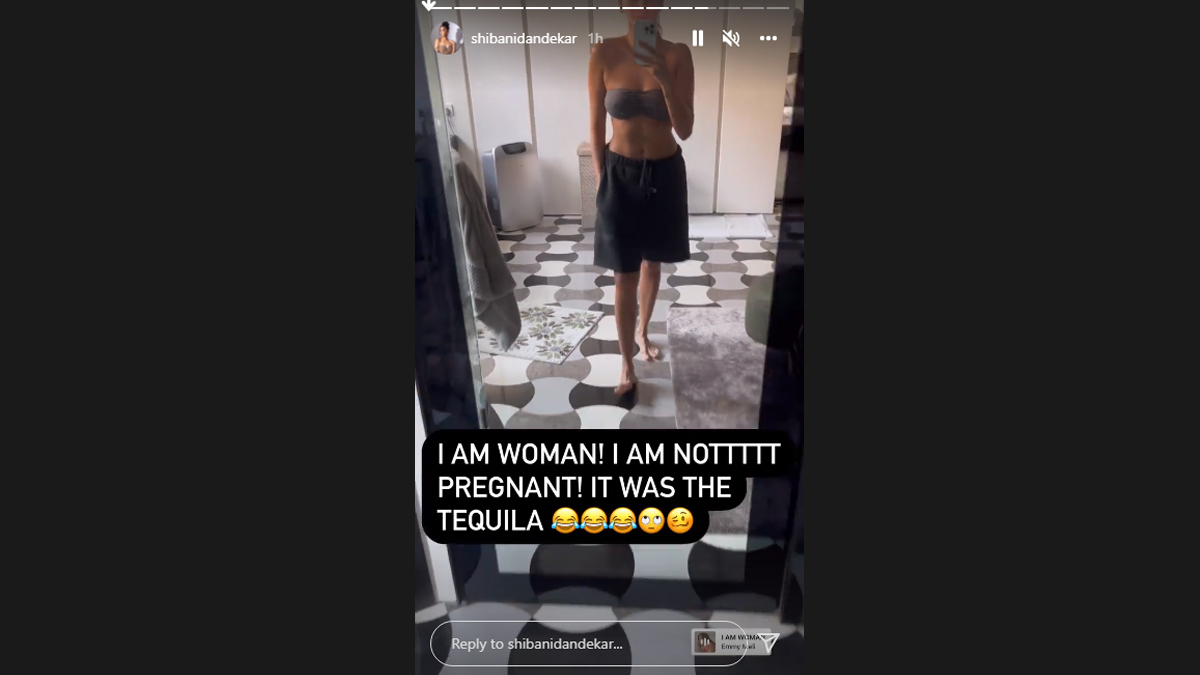