Before Australia vs India 3rd Test, Play Was Halted as Means of Protest Against Racism

On April 3, 1971, Currie Cup champions Transvaal were playing the Rest of South Africa. All thirteen cricketers on the Newlands walked off the ground in protest against the pro-Apartheid South African government's decision to not include coloured cricketers for the tour of Australia. 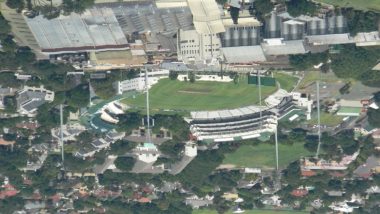 The fourth day's cricket of the third Test match of the 2020-21 Border Gavaskar Trophy, between Australia and India at Sydney, was held up for ten minutes after racist abuses were hurled at Mohammed Siraj. The authorities took notice and evicted six individuals from the ground, and play resumed. Mohammed Siraj was allegedly referred to as 'brown dog', 'big monkey': BCCI Sources

This, however, was not unprecedented. In fact, something drastic took place at Cape Town almost fifty years ago – on April 3, 1971. Police removes spectators from SCG after Mohammed Siraj’s repeated complaint of racial abuse

Basil D'Oliveira's hundred at The Oval, followed by Tom Cartwright's injury, created a butterfly effect that resulted in the cancellation of South Africa's 1970 tour of England, and later, their isolation from the cricketing world.

The South African government refused to relent. They turned down the offer from South Africa Cricket Associations to include two non-white cricketers in their squad for the tour to Australia.

So the cricketers decided to put up a protest of their own against the ghastly racist practices, during the match between Currie Cup champions Transvaal XI and The Rest (of South Africa).

Mike Procter bowled the first ball of the match. Barry Richards ran a single, and all thirteen men walked off the ground to honour a mutual decision.

The teams had already signed a letter: "We fully support the South African Cricket Association’s application to invite non-whites to tour Australia, if they are good enough; and further subscribe to merit being the only criterion on the cricket field."

The match continued a few minutes later. The tour to Australia never happened.

(The above story first appeared on LatestLY on Jan 11, 2021 07:00 AM IST. For more news and updates on politics, world, sports, entertainment and lifestyle, log on to our website latestly.com).