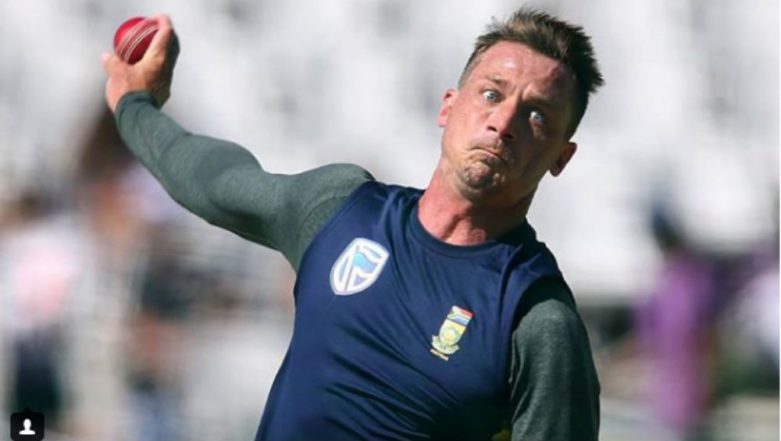 New Delhi, August 6: After Dale Steyn's announced his retirement from Test cricket, many of his teammates praised him for his illustrious career in the longest format of the game. Steyn, who made his Test debut against England in 2004, scalped 439 wickets in 93 matches and is South Africa's all-time highest wicket-taker in the format. Faf du Plessis, who captained Steyn, labelled him as the greatest of his generation. "The greatest of his generation. Stats don't lie and Dale Steyn Test stats is the best. I know how much test cricket means to you bud and how badly you still wanted to achieve more. Hopefully, we will still see a lot of this action," du Plessis tweeted.

Retired Proteas cricketer AB de Villiers wrote: "Too many memories to mention! We started together many years back and I had the privilege and front row seats of watching Dale Steyn turn into the best bowler of his time. You are the greatest, an even better person and the best team man around." Dale Steyn Retires from Test Cricket: Virat Kohli, AB De Villiers and Others Congratulate ‘Pace Machine’ on an Incredible Career.

The greatest of his generation. Stats don’t lie and @DaleSteyn62 test stats is the best . I know how much test cricket means to you bud and how badly you still wanted to achieve more . Hopefully we will still see a lot of this action. #🐐 pic.twitter.com/qMglFgfZ9U

Herschelle Gibbs said: "What an athlete, bowler and overall nutter Dale Steyn! From your first test match I knew you were something special and your numbers back that up perfectly. Your bouncer wasn't slow either. Congrats."

Steyn, who plays for Royal Challengers Bangalore in the Indian Premier League, got a special message from his RCB skipper Virat Kohli. "A true champion of the game. Happy retirement to the pace machine," he wished Steyn.

In a statement released by Cricket South Africa (CSA) on Monday, the right-arm pacer said that he has taken the decision so as to prolong his career. The 36-year-old will be available for ODI and T20I selection for the national team.