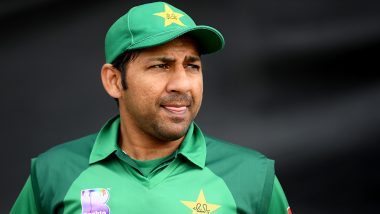 Pakistan’s hopes of reaching the semi-finals dwindled away as New Zealand suffered a 119-run defeat against England in match no 41 of ICC Cricket World Cup 2019. The ENG vs NZ clash – deemed to a virtual quarter-final game for the hosts – also required New Zealand to beat England for Pakistan to have any chances of qualifying for the final-four stage. But their hopes faded with New Zealand losing frequent wickets in their run-chase to eventually lose the encounter. Twitter soon started trolling Pakistan for their failure to reach the semis. England vs New Zealand Highlights.

The semi-final scenarios for England, New Zealand and Pakistan was that England must win their final league stage game against the Black Caps to assure themselves a final-four berth. A defeat would knock them out, while New Zealand despite losing could make it to the semis courtesy their superior run-rate. But for Pakistan, the scenario was that not only must they beat Bangladesh in their final league game but also hope to New Zealand to defeat the hosts for them to qualify. CWC 2019 Semi-Final Scenarios: Pakistan Will Go All Out Against Bangladesh, Says Imam-Ul-Haq; Poor Net Run Rate Could Hurt Green Shirts.

Pakistan currently on NRR -0.792 has an impossible task of winning their final game by 270+ runs, even if they manage 300 runs.

But with New Zealand suffering a heavy defeat, Pakistan now has minimal or almost impossible chances of making the progression to the final-four stage. The victory took England to 12 points making them the third team after Australia and India to qualify for the semis. Meanwhile, New Zealand are currently placed fourth on 11 points and are almost through. They can be knocked out only if Pakistan managed to thrash Bangladesh by more than 315 runs. Jos Buttler Takes a Stunning Catch to Dismiss Martin Guptill During ENG vs NZ CWC19 Match, Watch Video.

The Plan Didn't Work Out

Why is everyone eating burgers now? 😂

Leaving For Lord's or Home?

Should Be a Long Journey!

Pakistan fans waiting at the airport, for their team to arrive pic.twitter.com/2dLj9KHvkG

They Were Only Watching

The Masterminds behind Pakistan knockout ::::---- khan shahab #most wanted #NZvENG

If Points Could Be Found

After rejection from now India

Hope Has No Future

Kiwis playing to stay in top 4. Pak are now out of the world cup unless they do Bangladesh, what Windies did to them. #ENGvNZ

From the last week every #Pakistani expecting help

But how will you qualify for semis.?

Not Up to Expectations?

Earlier, Bairstow became the first England batsman and fourth in CWC 2019 to score consecutive centuries after Eoin Morgan won the toss and opted to bat first. His century and a couple of vital contributions from Jason Roy (60) and Morgan (42) helped England post 305 runs on board. In reply, New Zealand were off to a worse start when they lost Henry Nicholls for a first-ball duck in the very first over. Although Tom Latham tried with a fighting half-century, the target was too big for him to chase it down single-handedly. Mark Wood was the top bowler for England taking three wickets for just 34 runs in nine overs.

(The above story first appeared on LatestLY on Jul 03, 2019 11:14 PM IST. For more news and updates on politics, world, sports, entertainment and lifestyle, log on to our website latestly.com).