At The Oval, India won a Test match on English soil for the first time, thanks to Bhagwat Chandrasekhar's iconic 6/38. They also won their first ever series in England. 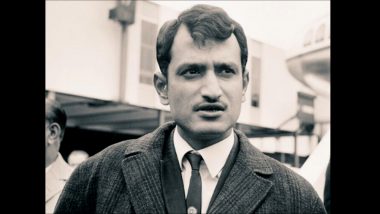 The six-wicket win in the third and final Test match at The Oval was India's first on English soil. Having drawn the first two Tests, at Lord's and Old Trafford, Ajit Wadekar's men also won their first ever series in England. India vs England Series Part 10: England Whitewash India Again, 1967

Chasing 183, India were 87/2 at Lord's. Then a collapse followed, and the lower order had to bat out of their skins to save the Test. India finished on 145/8 as rain prevented a closer result. Rain also played key role in the draw at Old Trafford. India vs England Series Part 9: Drab, Winless Draws, 1963/64

England got a 71-run lead in the decider at The Oval. They were 24/1  when Bhagwat Chandrasekhar dismissed John Edrich and Keith Fletcher off the last two balls before lunch. Chandra went on to take 6/38, one of the most famous spells by an Indian in Test cricket, as England collapsed to 101. Eknath Solkar's catch to dismiss Alan Knott remains an iconic photograph.

(The above story first appeared on LatestLY on Jan 30, 2021 12:05 AM IST. For more news and updates on politics, world, sports, entertainment and lifestyle, log on to our website latestly.com).