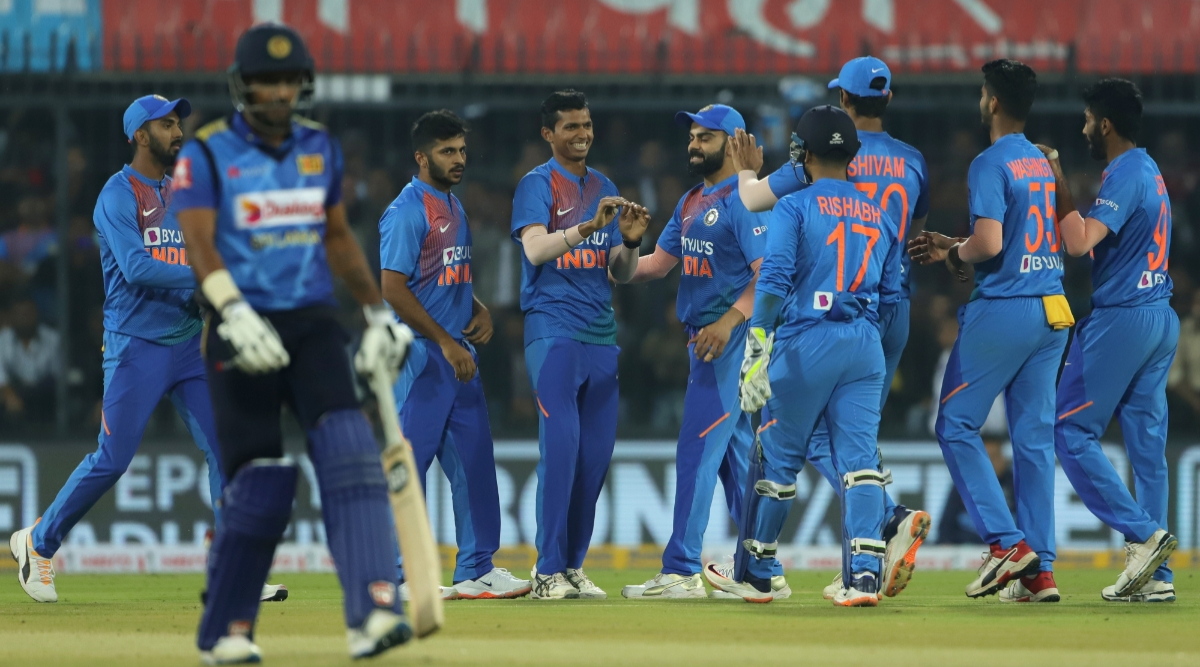 India and Sri Lanka meet in the third and final T20I at the Maharastra Cricket Association Stadium in Pune. Men in Blue lead the series 1-0 after winning the second T20I in Indore. The first match of the series was washed out in Guwahati, and thus the series become a two-game affair. While Virat Kohli and Co. will be eyeing another series win, Sri Lanka will be looking to draw level. The upcoming match in Pune will be the 18th T20I contest between India and Sri Lanka. India leads the head-to-head record against Sri Lanka and have won 12 matches. Meanwhile, let’s take a look at the last five T20I matches between India and Sri Lanka. India Vs Sri Lanka Live Cricket Score 3rd T20I 2020.

The last T20I match between India and Sri Lanka was the second match of the ongoing series. India chased down 143 in 17.3 overs with seven wickets in hand. Shardul Thakur picked three wickets in the match and helped India restrict Sri Lanka to a modest total.

The India vs Sri Lanka series opener at Guwahati was abandoned as some area of the pitch was wet. Heavens opened up soon after the toss, which India won. The rain did ease off, but groundsmen were not able to make the ground match ready. India vs Sri Lanka, 3rd T20I 2020 Match Preview: IND Eye Series Win Over SL in Pune.

In the fourth match of the Nidahas Trophy Tri-Series India chased 153 with ease. After Shardul Thakur’s 4/27, Manish Pandey and Dinesh Karthik helped India reach the target with an unbeaten partnership of 68 runs for the fifth wicket.

This was the first match of Nidahas Trophy Tri-Series. The hosts chased down 175 in 18.3 overs with five wickets in hand. Kusal Perera’s 37-ball 66 was instrumental in Sri Lanka’s success. For India, opener Shikhar Dhawan scored 90 runs. India vs Sri Lanka 3rd T20I 2020: Jasprit Bumrah on Verge of Becoming India’s Leading Wicket-Taker in the Shortest Format.

In the third T20I of the three-match series, India defeated visitors by five wickets at the Wankhede Stadium in Mumbai. India were set target of 136 runs, the hosts achieved it in 19.2 overs for the loss of five wickets. With this win, India completed a whitewash against Sri Lanka in the series.

So, in last five outings between these two teams, India have had the upper hand. Out of five contests, the Men in Blue emerged victorious in three contests while lost only one. Going into the third and final T20I in Pune, India once again starts as favourites.