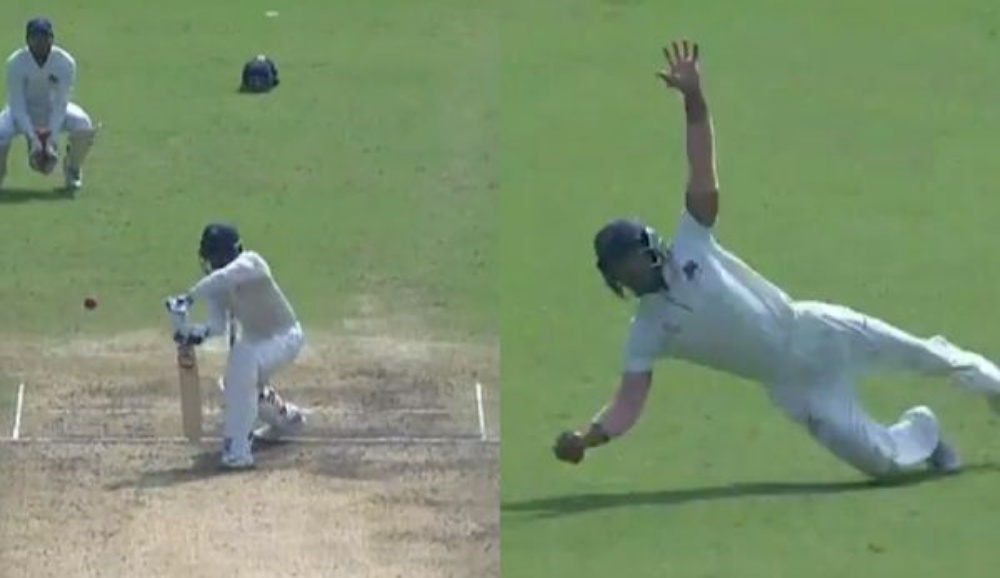 Mumbai and Tamil Nadu are currently locking horns in the Ranji Trophy 2019-20 season. Team Mumbai has an upper hand over the opponents as they made a total of 488 runs on the board. Team Mumbai also presented some stunning bowling and fielding performances as well. One of the fielding performances which grabbed the headlines was when Jay Bista who grabbed a stunner with one hand to dismiss Tamil Nadu’s batsman Baba Indrajith. The video of the catch was shared on the official account of the BCCI. Tare Hits 154, Helps Mumbai Post 488 Vs TN in Ranji Trophy Fixture.

The dismissal took place in the 83rd over of the game when Royston Dias was handling the bowling duties for the side. Bista was posted at the second slips while grabbing the catch. It was Mumbai captain Aditya Tare, Shams Mulani and Shashank Attarde who made vital contributions to the total of 488 runs. For now, let's have a look at the catch that went viral on social media and was also shared on the official account of the BCCI.

From team Tamil Nadu it was Abhinav Mukund who stood tall and made 58 runs for the team. Kaushik Gandhi was the highest scorer of the team and he made 60 runs for the team. Just before the two could do more damage to team Mumbai, Shams Mulani sprung into action and got rid of Gandhi. Whereas Tushar Deshpande got rid of Tamil Nadu opener Mukund. Mulani, Tushar Deshpande and Royston Dias scalped a couple of wickets each. Vinayak Bhoir got one wicket during the match. As of now, team Tamil Nadu has made 249 runs and have lost seven wickets.