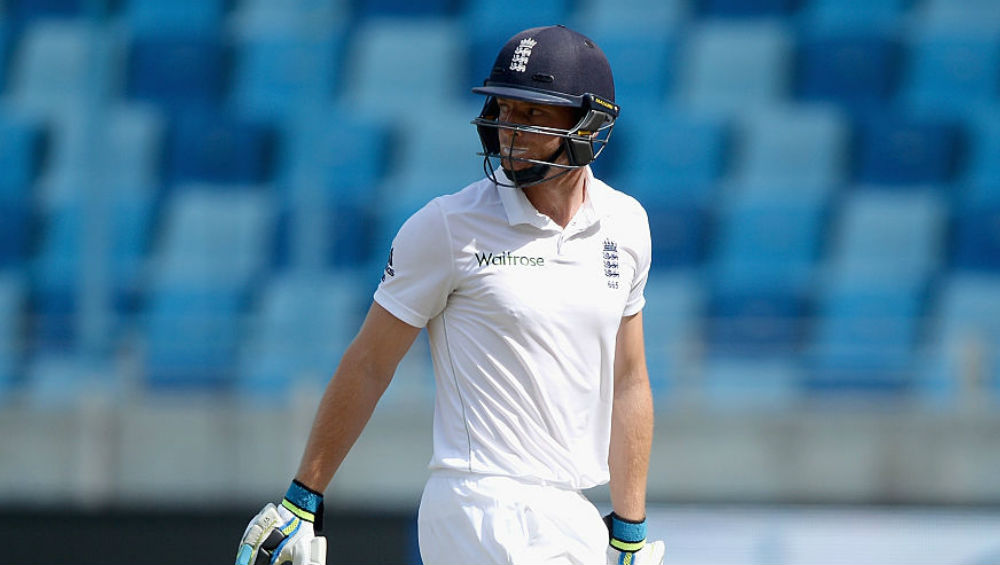 Port Elizabeth, January 12: England wicketkeeper Jos Buttler has apologised for his expletive-laden on-field rant during the second Test against South Africa. However, he has also questioned the need for viewers to have access to the audio from stump microphones. Buttler was fined 15 per cent of his match fee for breaching Level 1 of the ICC Code of Conduct during the fifth day of the second Test against South Africa in Cape Town. Buttler was found to have breached Article 2.3 of the ICC Code of Conduct for Players and Player Support Personnel, which relates to "use of an audible obscenity during an international match" following an incident with Vernon Philander of South Africa. Jos Buttler May Face Fine For Abusing Vernon Philander With 'F' Cuss Word During SA vs ENG 2nd Test Match (Watch Video).

"I fully understand that as role models, we have a duty to behave in a certain way. I would like to apologise and understand that is not the way to behave. I take the slap on the wrist," Buttler told reporters on Sunday. "It was the heat of the moment and a bit of red mist. But it is all done and can now be swept under the carpet so we can move on," he added. Buttler said that in Test cricket emotions run high, and although for players, these things don't mean anything, for the viewers it goes out as a bad message.

"In Test cricket, there is high emotion at times. There can be things said that don't mean anything, but for the viewers at home it can come across very poorly," he said. "It is a tough one, we understand that it adds to the viewer experience to have stump mics to hear a bit of what goes on. "But I think the players like the thinking of what happens on the field, stays on the field, and isn't heard necessarily by everyone at home4," he said.

Buttler also pointed out that the energy created "around the bat" puts pressure on the home team. "It is easy to say vocal is the way to do things, but your actions also speak loud as well. One of the good things in that last game was the way we hunted as a team," he said.

"We have a number of young guys under the age of 24 in the side and they were fantastic at creating energy around the bat and putting pressure on the opposition. "The two games have played in a great spirit... They have been hard-fought and the series is set up really well at 1-1," Buttler said. The third Test starts at St George's Park in Port Elizabeth on Thursday.