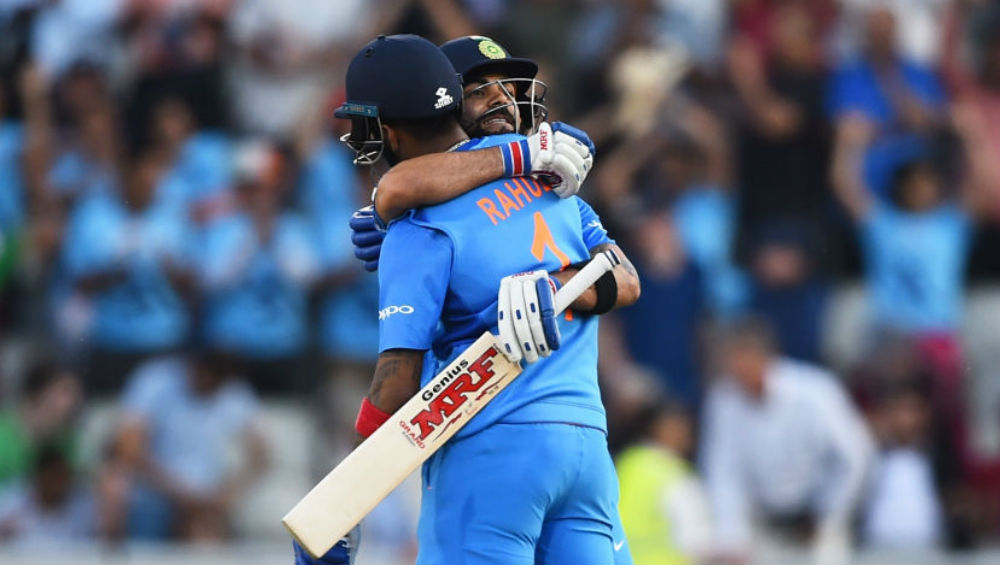 The Indian skipper completed his half-century off just 21 balls and finished unbeaten on 70 off 29 balls. Kohli’s knock included four fours and seven sixes. Rahul, on the other hand, impressed one and all as he struck 91 off just 56 balls. The right-hander was dismissed in the last over but before that he slammed nine fours and four sixes. Rohit Sharma, KL Rahul Register Fifties During India vs West Indies 3rd T20I in Mumbai.

Kohli was aggressive of the two and dominated the show in the later half of India’s innings. 240 for three is now India’s second-highest total in T20Is while batting first. Earlier, after put to bat, India got off to a solid start with openers Rohit Sharma and Rahul adding 135 in 11.4 overs for the first wicket. Rohit Sharma Becomes First Indian Batsman to Complete 400 Sixes in International Cricket, Reaches Milestone During India vs West Indies 3rd T20I 2019.

Rohit scored 71 off just 34 balls and during his stay the right-hander smashed six fours and five sixes. In the process, he became the first Indian batsman to complete 400 international sixes. Meanwhile, both Rohit and Kohli are now the leading run-scorers in T20Is. Both have scored 2633 runs thus far. Earlier, Rohit had overtaken his skipper but now both are tied at numero uno spot.