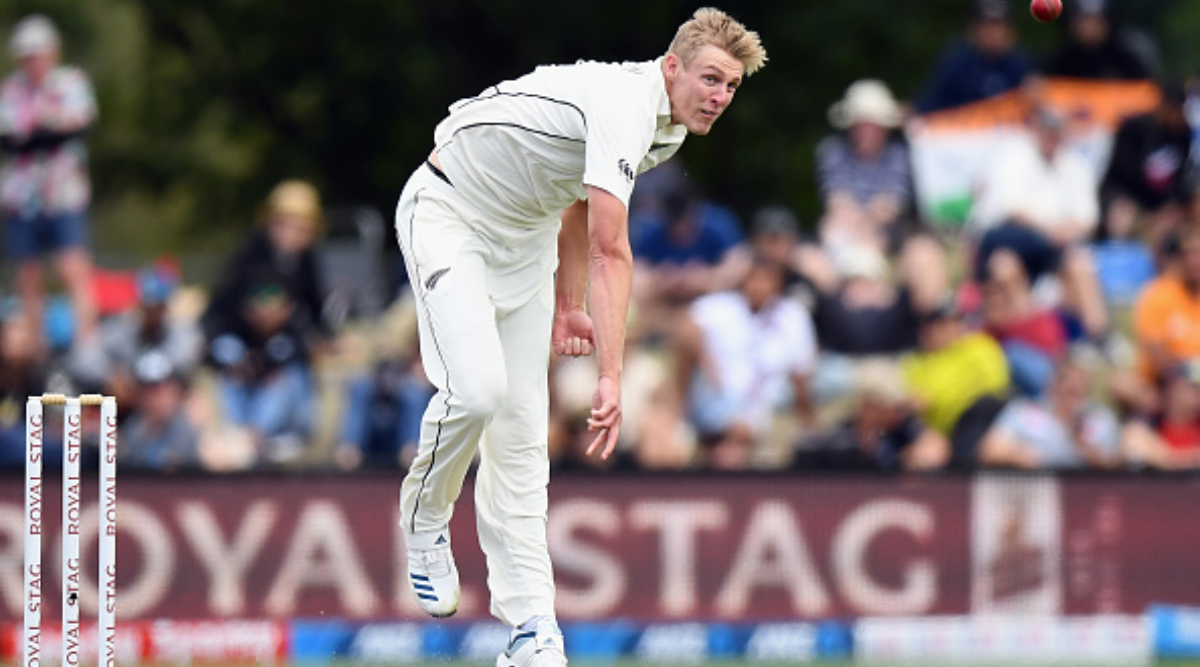 Fats-bower Kyle Jamieson picked a five-wicket haul as New Zealand bundled out India for 242 on day one of the second Test at Christchurch. Put to bat first, India lost opener Mayank Agarwal early when Trent Boult trapped him in front of the wickets. Prithvi Shaw and Cheteshwar Pujara then steadied the ship with a 50-run stand but India kept losing wickets at regular intervals after the partnership and eventually were bowled out under 250-run mark. Apart from Jamieson, Tim Southee and Trent Boult scalped two wickets each. Neil Wagner also chipped in with a wicket. India vs New Zealand 2nd Test 2020 Live Score Updates.

Once the partnership was broken, it did not take New Zealand long to account for remaining wickets. Jamieson after accounting for Shaw and Pujara, accounted for wicket-keeper batsman Rishabh Pant, Ravindra Jadeja and Umesh Yadav. Pant’s horrid time with the bat continues as well he managed just 12 and lost his wicket at a time when India needed a good knock from him.

Earlier, going into the second Test, India suffered a blow as fast-bowler Ishant Sharma was ruled out due to a recurrence of an ankle injury. He was replaced by Umesh Yadav. The visitors also left out Ravi Ashwin and added all-rounder Ravindra Jadeja in his place.