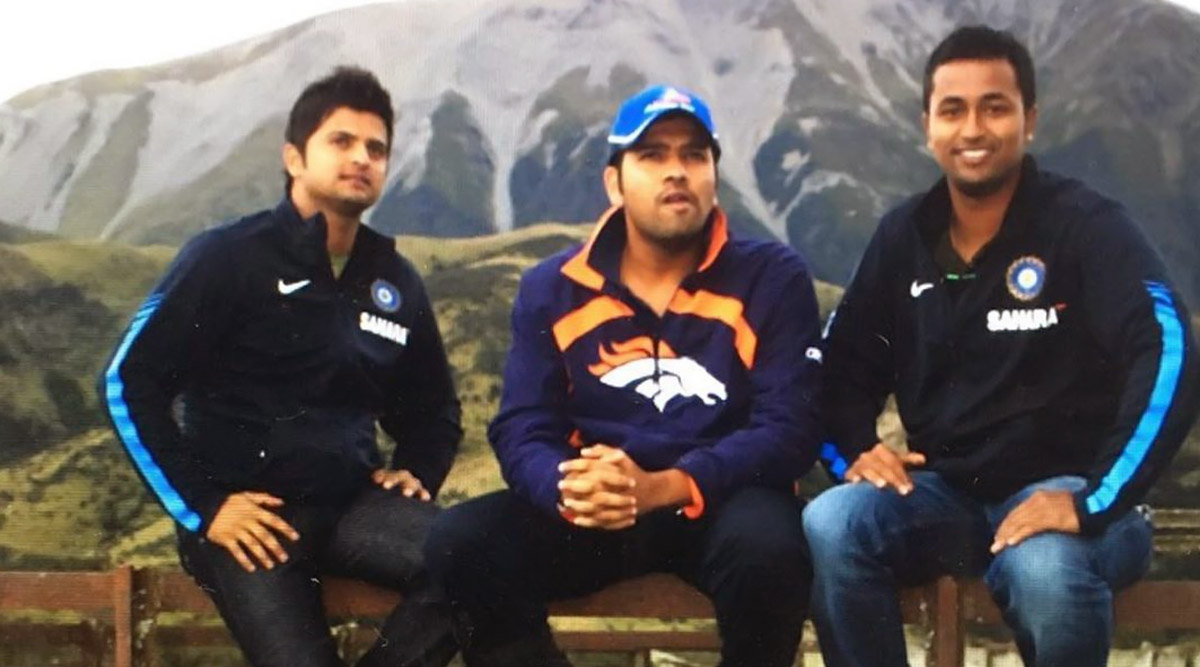 With the COVID-19 pandemic putting a pause on many cricket activities all around the world, several prominent cricketers are not able to showcase their on-field blitzes. In the meantime, nevertheless, they can relish their old memories from the games they played. Recently, India's swashbuckling went down memory lane and shared a throwback picture with Suresh Raina and Pragyan Ojha from India's 2009 Tour of New Zealand. In the snap, the three cricket stars can be seen posing on a fence. In the caption, however, the veteran cricketer also took a cheeky dig at Ojha over his 'beautiful smile.' Suresh Raina Believes Rohit Sharma’s Calmness and Ability to Motivate Players Makes Him Very Similar to MS Dhoni.

“(From the archive)First New Zealand tour for 3 of us way back in 2009 remembering how beautiful your smile is Ojha,” wrote the 33-year-old while sharing the picture on Instagram. Rohit is known to share a great bond with the former left-arm spinner and other glimpse of their intact relationship was seen in the former’s latest Instagram post. Meanwhile, have a look at the picture shared by Rohit.

The friendship between Ojha and Rohit goes back to their early days. Both the cricketers stars were the part of now-defunct Deccan Chargers in the first three seasons of the Indian Premier League (IPL) before moving to Mumbai Indians. The two cricketers also shared the Indian dressing room on many tours. Ojha bid adieu to the game earlier this year while Rohit continues to be a vital cog of the Indian team in all three formats.

Meanwhile, good news for the cricket fans is that the Board of Control for Cricket in India (BCCI) is planning to resume the training session of Indian Cricket Team at National Cricket Academy (NCA) in Bengaluru. However, skipper Virat Kohli and his deputies Rohit Sharma and Ajinkya Rahane are like to remain stranded in Mumbai as their city comes under the most affected region in India.