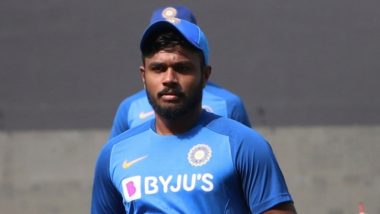 Check out a few reactions below:

This is grave injustice happening with you Sanju. We stand with you.

You can't give up fella

Sir score some big runs in List-A. With the kind of record u have in domestic u were lucky to get into the team.

Feeling sorry for u ...u deserve more chances ..hope to see u in Indian team again with top notch innings

Sanju Samson could only face a couple of balls as he got trapped by Wanindu Hasaranga by an LBW. Samson got out on the score of six runs. He slammed a six in the first ball of the match.

(The above story first appeared on LatestLY on Jan 16, 2020 06:37 PM IST. For more news and updates on politics, world, sports, entertainment and lifestyle, log on to our website latestly.com).