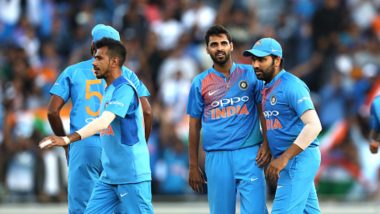 India are set to host the ICC T20 World Cup 2021 while Australia will be hosting the following edition of the tournament in 2022. Also, the ICC Women’s World Cup 2021, which was slated to take place in New Zealand, has been rescheduled to 2022. All these major decisions were taken in the recent meeting by IBC (the commercial subsidiary of the ICC). The 2020 edition of the T20 World Cup, which eventually got postponed due to COVID-19 crisis, was scheduled to take place in Australia. ICC T20 World Cup 2020 Postponed  Officially.

Some speculations were that ICC will transfer the hosting rights of 2021 T20 World Cup from India to Australia. However, the tournament in India hasn’t been tinkered as Australia will now host the 2022 edition of the marquee tournament. The decision was taken at the conclusion of meetings in Dubai, where officials met to find a solution after hours of discussion. The announcement put an end to many speculations which were doing the rounds of the tournament. Pakistan vs England Live Score 1st Test.

Many expected that the 2021 Women's World Cup might go as per schedule as COVID-19 hasn't cause a lot of problem in New Zealand.  However, with players from different parts of the globe participating in the tournament, the competition has been rescheduled.

Speaking of the Men's T20 World Cup, the teams, which were qualified to participate in the 2020 World T20, will fly to India for the marquee tournament. On the other hand, a new qualification process will be announced for the competition taking place in Australia.

Meanwhile, International cricket has made a comeback after the Coronavirus-induced break as two series in England have been played and the third is underway.

(The above story first appeared on LatestLY on Aug 07, 2020 08:38 PM IST. For more news and updates on politics, world, sports, entertainment and lifestyle, log on to our website latestly.com).