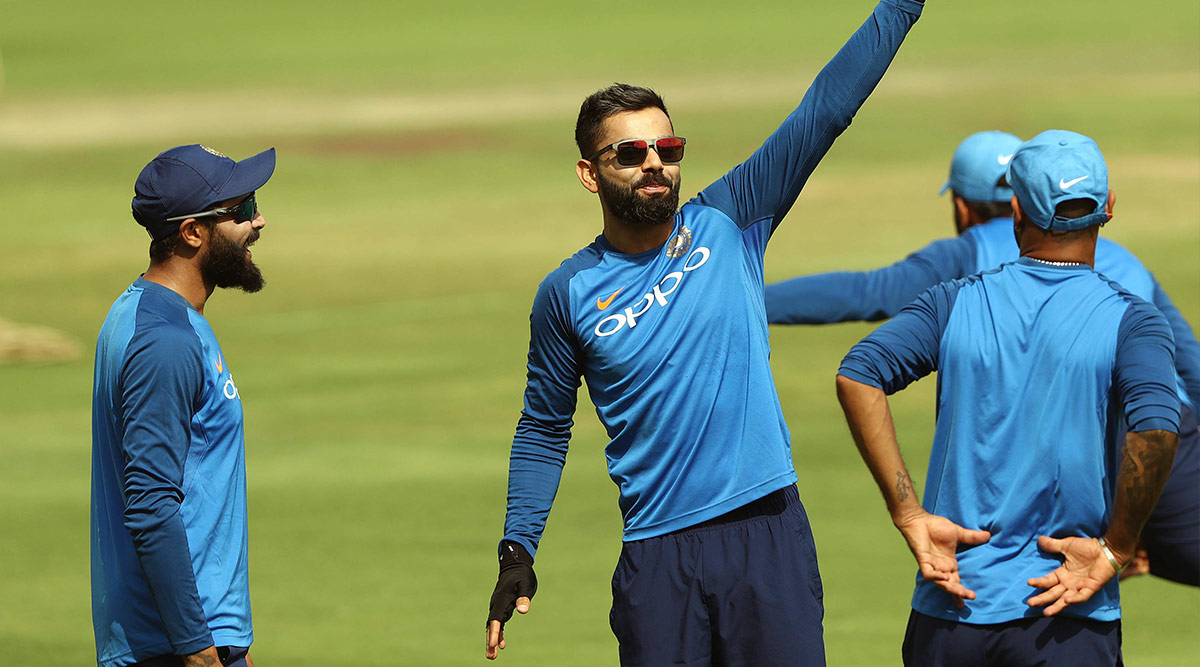 With the Test series in the line, Virat Kohli-led team India have turned every stone possible to keep themselves ready against every New Zealand storm that come their way. The India vs New Zealand 2nd and final Test of the two-match series begins on February 29, 2020 (Saturday) at the Hagley Oval in Christchurch, which historically has been New Zealand most successful venue in Test cricket. India have already conceded a 0-1 lead to New Zealand, following their 10-wicket defeat at Wellington in the 1st Test and must win to avoid a first series since 2018. And to ensure they are ready for whatever comes, India have been undergoing intense gruelling training sessions, including adding a new drill called “Turbo Touch” to their practise sessions, ahead of the 2nd Test match. New Zealand Vs India, Cricket Score 2nd Test Match.

In a video posted from the official account of BCCI, team India players, including Virat Kohli, can be participating in a game called the “Turbo Touch” in which the squad is divided into three teams and they have to scores in two goals with a soft ball. The team in the video can be seen playing the game while the team’s head strength and conditioning coach Nick Webb explains the drill. Ravindra Jadeja Could Replace Ravichandran Ashwin at Christchurch.

“We do a general warm-up to train with, to get the boys moving. We try to finish with a game which is very intensive, called the 'Turbo Touch'," Webb was quoted as saying by news agency ANI. "It is an evasive game, we divide the guys into two teams, and they try to score between the two goals and the idea is that they have just two touches to score the goals. It provides a little more of a challenge to the guys and it makes it more fun," he added.

Meanwhile, India suffered their first defeat at the ICC World Test Championship tournament bringing an end to their seven-match winning run. The 10-wicket loss in Wellington was also India’s first since the defeat to Australia last year. India had won the series in Australia and had since gone undefeated in their next three series, including two at home. India are also unbeaten in a Test series since the 1-3 defeat to England in 2014 and are on a five-Test series winning run.